The third annual vegetable industry financial and production benchmark report has been released by vegetablesWA and its partner Planfarm, revealing important data on the profitability and key financial performance of Western Australian growers. This article has been provided by vegetablesWA, and first appeared in the winter 2020 edition of WA Grower magazine.

A strategic levy investment under the Hort Innovation Vegetable Fund, Vegetable business benchmarking (VG17000) assesses the financial performance of the vegetable industry across Western Australia, while providing individual growers with a financial analysis of their business.

The project has led to striking increases in the profitability of some participating businesses, which span across the full length of WA; from Carnarvon, Geraldton, Gingin, and metropolitan Perth right through to Manjimup and Myalup. 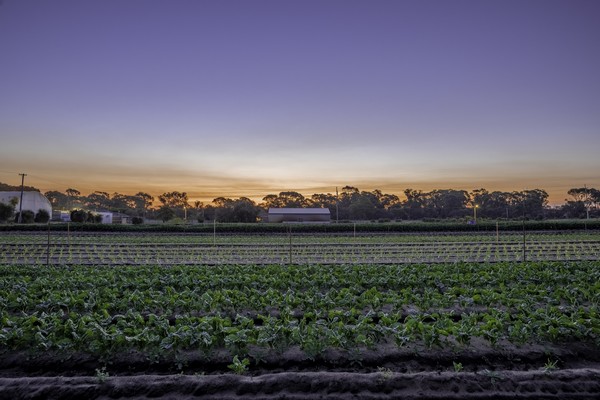 “What is really powerful this year is that in addition to the single financial year 2018-2019 results, we’ve been able to produce three-year averages across the key financial measures and metrics,” Bryn said. “Having access to three years’ worth of financial data from growers now provides a new level of rigorous insight that has not been available to growers previously.

“Producing this level of data around return on capital, operating profit and operating efficiency measures provides clear insights about just how viable vegetable growing is compared to other asset investment options. It also highlights areas of potential growth in terms of future profitability to be gained.”

Bryn explained that having a more rigorous, longer-term understanding of the industry is an extremely important step towards providing vegetable growers with key information that will empower them to make shorter- and longer-term business decisions with confidence.

“Having access to these detailed insights plays a role that will begin to set the WA vegetable industry apart from any other state,” Bryn said.

Facts and figures
According to the data, an average return on capital for the financial year 2018-2019 was eight per cent, and the three-year average is nine per cent.

Planfarm Director Paul Omodei said the third-year results revealed again that the most profitable growers (as measured by vegetable operating profit per hectare) were not those from a particular area, of greater scale or a particular vegetable type.

“We found that the most lucrative growers were focused on driving a higher income per hectare, through increased saleable yield and a strong focus on marketing their product, while actively managing costs,” Paul said.

While this demonstrates that generating a good return is open to all WA growers, Paul said that the findings also suggest that there’s more profitability left on the table that could be in the pockets of vegetable growers. When examining the operating efficiency metrics, which Mr Omodei explained is the ratio of operating costs as a percentage of income, the 2018-2019 financial year industry average was 74 per cent, while the three-year industry average is 72 per cent.

“This means growers are spending on average of 74 cents and 72 cents respectively to make $1 before paying for finance, tax, depreciation, land leases, or management drawings,” he said. “We’d like to see that figure closer to 65 cents, as the top 25 per cent of growers are averaging 60 cents of operating costs to make a dollar, which shows that it is achievable.”

In terms of impact on growers at an individual business level, Paul said he had been pleased with how participating growers have acted on the feedback they had received.

“We have worked very hard to support those growers that have participated in the benchmarking initiative to turn their individual findings into tangible actions and changes they can make in their business,” Paul said. “This has paid off as we’ve seen some significant improvements and increases in profitability over the past three years.”

Strategic planning
The benchmarking initiative is not solely about increasing the profitability of horticulture businesses.

Bryn explained that it also places an emphasis on accelerating business management skills and strategic thinking.

“Over the past three years, we’ve seen growers make some impressive improvements and changes – this extends beyond the financial performance of their business and strategically into their standard of life with their family and beyond the farm,” he said.

vegetablesWA CEO John Shannon said the findings of the report have a wider and more timely impact than originally foreseen.

“The three-year averages will be a critical measuring stick when assessing the true impact of COVID-19 on the industry and understanding exactly where all business recovery efforts should be targeted,” John said.

To download a copy of the report and watch a detailed presentation of the findings, please click here.

The WA Vegetable Industry Benchmarks Report was produced by vegetablesWA together with Planfarm, with funding from the Department of Primary Industries and Regional Development’s Agribusiness Innovation Fund and Hort Innovation.