The European producers brought together in the organizations APROA, the Association of Fruit and Vegetable Producer Organizations of Andalusia, HORTIESPAÑA, the Spanish Fruit and Vegetable Interprofessional Organization, and EUCOFEL (FruitVegetables Europe) have launched the promotional campaign "CuteSolar: Cultivating European flavor in solar greenhouses". The program, which will be funded with more than one and a half million Euro, is co-financed by the above organizations and the European Union. It will last for three years (2020-2022) and will be carried out in Spain, Germany and Belgium. 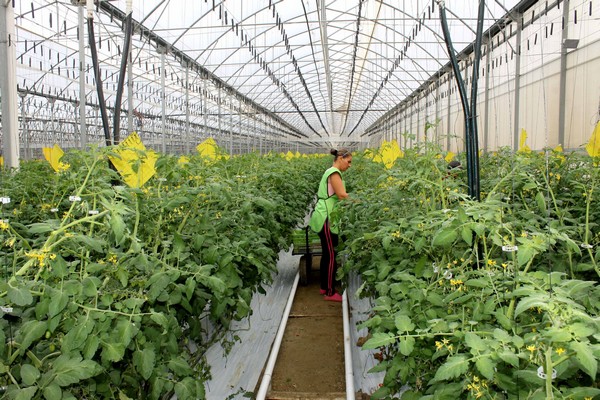 The program's objective is to inform European consumers of the specific characteristics of agricultural production methods in solar greenhouses, especially when it comes to key aspects such as sustainability and environmental protection, as well as the safety, quality and traceability of the crops. Moreover, this European plan aims to highlight the quality, variety and freshness of the fruits and vegetables grown under shelter, as well as do away with the erroneous perceptions that exist in society regarding these production methods, while boosting the knowledge about the health benefits of the consumption of fruits and vegetables.

The campaign will be complemented with the creation of a website, social media channels, digital advertising, informative events and videos, and a public relations action plan targeted to the media.

“This sector has achieved remarkable development over the last decade. Its innovation in techniques and technologies has made it possible to switch to more efficient, sustainable and environmentally friendly production methods. It has also resulted in the production of fruits that stand out for their remarkable flavor and quality, as well as in the economic development of the Spanish southeast, and it is important that the consumer knows this,” says Francisco Góngora, president of Hortiespaña.

The pantry of Europe
According to the data available, Spain is one of the largest suppliers of horticultural products within the European Union. This is due, to a large extent, to the contribution of Andalusian horticulture, which is concentrated on the coast of Almeria and Granada. The intensive greenhouse production sector is able to deliver 4.5 million tons of vegetables, mainly tomatoes, peppers, cucumbers, eggplants, zucchini, melons and watermelons. 75% of the production is exported to the European Union, mainly to Germany (28%), France (16%), the United Kingdom (15%) and the Netherlands (10%).

Thanks to its sustainable and environmentally friendly production methods, healthy food is supplied to 500 million inhabitants at times when continental production is not viable, thereby contributing to improving the EU's food autonomy.