Cornucopia Farms Inc. (CFI), a Marietta (Georgia) based company, is pleased to announce the launch of its first commercial project. The company is completing the construction of a 56,000 square feet advanced hydroponic greenhouse farm in Avera (Jefferson County, Georgia) just 2 hours east from Atlanta.

The farm will produce a variety of lettuce including Romaine, Bibb, Red and Green leaf, and culinary herbs. Production will begin in October, and the company has already committed to double the size of the farm, resulting in a total of 112,000 square feet greenhouse, to be completed by the first quarter of 2021. Pending completion of this phase, the company is expected to expand the farm to 660,000 square feet, for a total area of 15 acres under roof, which will be on the same 40-acre tract that is presently owned and developed by CFI.

The completion of this second phase of the project is expected to be done by the fourth quarter of 2021 and is projected to produce 12 million heads of leafy and 2 million pounds of culinary herbs to supply the market.

The company’s CEO, William Rodriguez stated, “We are very excited to begin operations here in central Georgia, both to bring fresh, local and organic produce to consumers, and to provide much-needed jobs to distressed rural areas in our state.” He added, “This is particularly timely, as about 80% of produce sold in our state is brought in from California, Mexico, and other distant locations. In addition, several recent recalls of lettuce due to the presence of e-coli and other contaminants, have caused consumers to be more aware of the importance of food safety.” 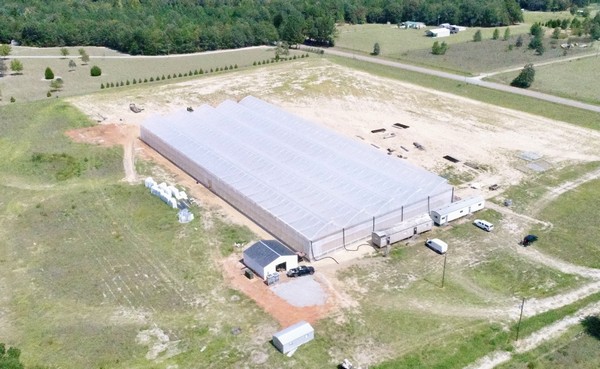 CFI has been in discussion with several major retailers and distributors of produce and has received very enthusiastic feedback, as it will offer a greater selection of fresh and local produce to its customers. CFI plans to build and operate a series of high-tech hydroponic greenhouse farms in Georgia and other southeastern states of the Country.