Blackmore introduces the worldwide patented AIRtray technology system, in co-operation with Proptek from England and Ellepot A/S from Denmark. The system was developed to reduce labour and waste, while growing a better crop with higher yield.

Blackmore was going to exhibit at Cultivate this year, but since that was not possible, Lars Peter Jensen tells about the Airtray in this article. 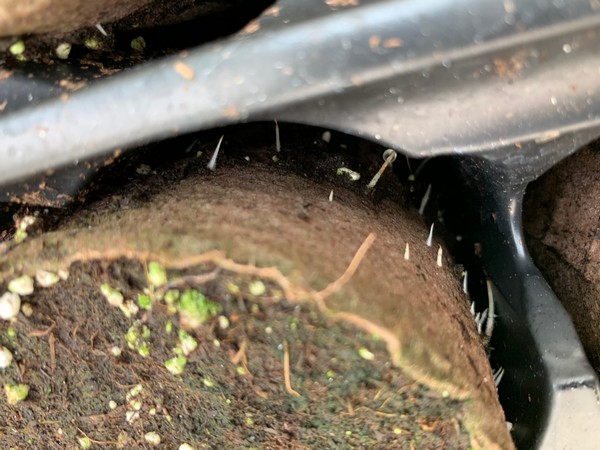 Paper Ellepots are put inside the Airtrays: plastic pots in growing racks, which ensures that the pots do not touch the ground, reduces soil borne diseases and the roots don't get girdling or 'twisty'.

"For instance, if you receive plants in plastic liter pots, the roots are often a mess and all the plastic is wasted. With this system you waste up to 95% less plastic because it is reused. And on top of that the plants arrive healthy, so they will yield better."

Reduction of labour, cost and waste
The plants in the growing racks or in the hard plastic Airtrays can be easily picked up with a forklift. Since so many of them can fit in a growing rack, they have to be handled less often throughout the growth cycle, resulting in less labour needed. 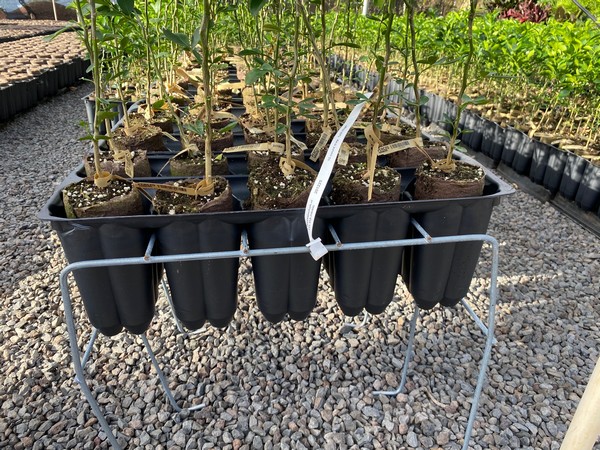 Much less plastic is needed, because the paper pots come out of the plastic trays when they get planted. "By cutting the plastic consumption by 90%, we reduce both costs and waste." 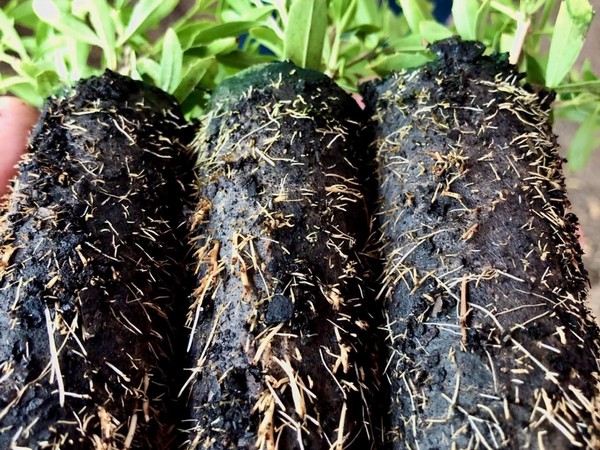 Production layout
Below is an example of a simple production layout for propagation, step-up and packaging. Often, growers already have most elements meaning they only need the Airtray technology, which comes at a lower cost per square foot than high cost automation concepts, which limit growers down to one system. The Airtray is approximately $1.50 per square foot, with trays about $2. 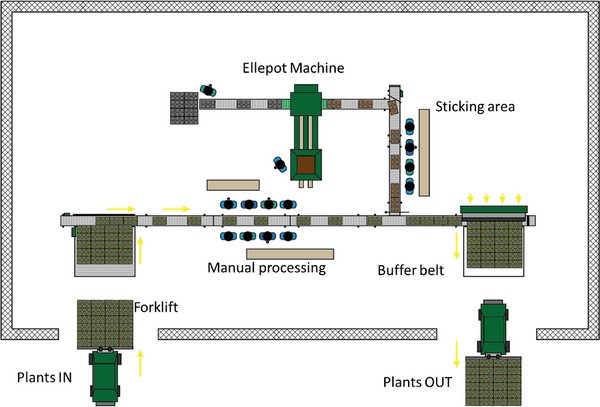 Testing and results
"We have worked with AG growers in California for the past 6-7 years, so the Airtray technology has been tested a lot and refined many times."

What we have found is that the type of mix and the type of tray is central to the success of the grower when using the Ellepot system – this has been a major reason why we started the AIRtray technology development."

The Airtrays are produced in all sizes in the US - from a 144 count small liner tray to a 6 count large 1 gallon finished pot tray. 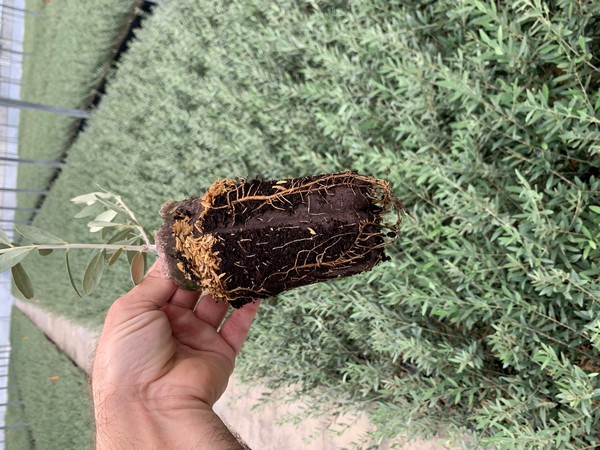 Nurseries
"At the nursery level we normally see a faster growing crop (water management half as much, twice as often is key) enabling the nursery to turn the growing space faster. 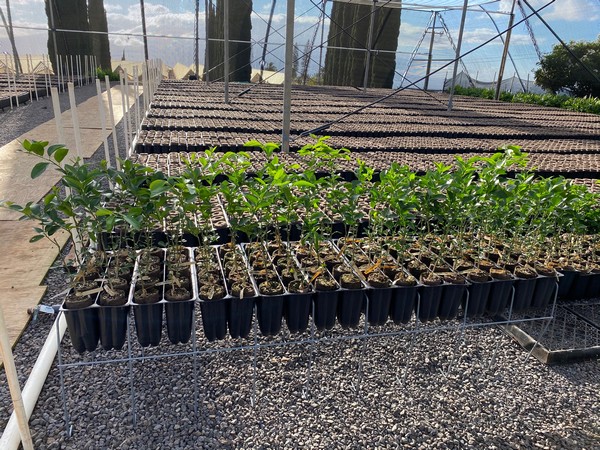 Reducing the touches of the crop will reduce the labor need with a great deal – each nursery is different but in some cases this can be as much as over 50%.

In regards to plastic waste, with the use of Ellepots you eliminate the need for a plastic pot which will allow for a much faster and easier transplant plus the paper used on the Ellepot is typically about 1/3 – 1/2 the cost as the plastic pot. 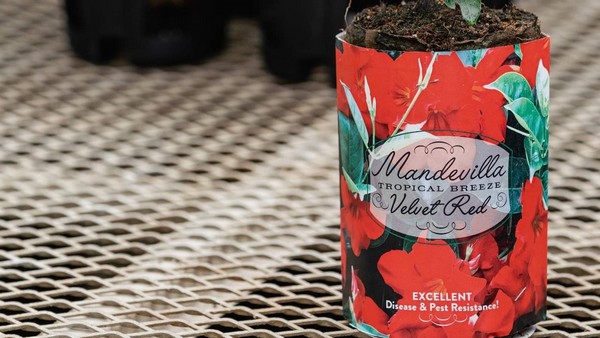 Blackmore has also developed a retail concept for growers who are using the Airtray technology. It is a sleeve that goes around and a pulp carrier as can be seen in the picture. This allows the retail to cut plastic consumption by up to 95%.