"Raspberry and blackberry markets to do a complete about-turn"

"The strawberry market had a great season overall. The heat did have a greater effect than some anticipated. The availability of good-quality strawberries is, therefore, currently limited. Greenhouse strawberries are still firm. But those grown outdoors have a limited shelf life and are of poor quality. That's even truer in Germany, where it stayed hot for longer. There's a good demand for nice strawberries. So, they're reaching high prices. But there won't be much available in the coming weeks."

In contrast to the good strawberry market, raspberry and blackberries sales were modest for a long time. "There was top production, also in our sales countries. There were hardly any sales and low prices. Blackberries were even being sold for €2 to €3 at the height of the season," Ronald continues.

"The outdoor season is over now, and the market is doing a complete about-turn. There aren't many alternatives, either. There are Portuguese raspberries, but it's still sweltering there. There aren't any Mexican blackberries yet. That means both raspberries and blackberries could become tremendously expensive." 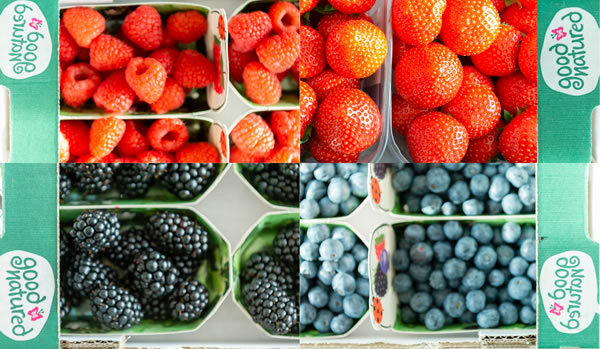 "It was a terrible season for blueberries. From the heat in Spain to frost in the Netherlands and Eastern Europe - crop damage was great. That resulted in 30 to 40% lower yields. And prices that, from March onwards, were already €1.50 to €2 higher. That will certainly impact next year. I expect much higher volumes will be fixed then. That won't be to the detriment of growers. They'll be able to adapt," adds Van Vossen.

"It's also nice to see that there was a long-during berry shortage. That, despite the enormous acreage growth. The first Peruvian blueberries have now arrived in Europe. But I don't yet have much to say about that. Peru sent a lot of unripe fruit. They hoped to profit from the high prices. But, we don't want any part in that yet."

The challenges caused by the weather extremes are driving a market shift. According to Ronald, there's a move toward specialists. "Some people added a few berry bushes, hoping to make a quick buck. They soon discovered it's not so simple. That's why specialists are in increasing high demand."

"These are those people who truly understand how the soft fruit market works. Soft fruit is, after all, a world in itself. As a result, it's almost impossible to hire someone who knows how this world operates. I'd rather employ someone with two years of soft fruit experience than someone who's been selling melons or bell peppers for fifteen," Ronald concludes.