AgriNovus Indiana, an initiative to fuel growth in Indiana’s agbioscience economy, announced today the addition of two new members to its board of directors.

The board unanimously approved the appointment of Aaron Gillum, senior vice president of 50 South Capital, and Kay Kuenker, chief executive officer of Advanced Agrilytics, to the board, bringing decades of leadership to the organization. 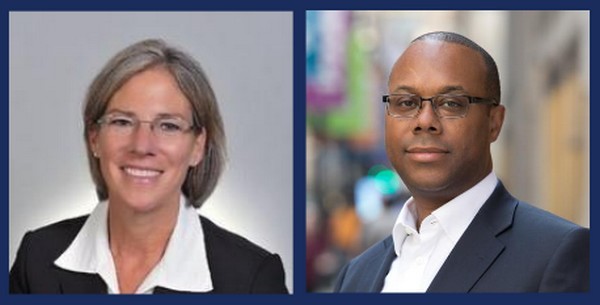 “Kay and Aaron are incredible leaders who share a passion for accelerating Indiana’s growth and making a positive impact on the future of agbiosciences,” said Mitch Frazier, president and CEO of AgriNovus Indiana. “Aaron brings tremendous strength in venture capital, and Kay’s return to the board leading a high growth agtech company provides a powerful addition to our efforts to fuel agbioscience growth.”

Kuenker, who was named chief executive of Advanced Agrilytics in March, previously served on the AgriNovus Indiana board as a member of the leadership team at Dow Agrosciences. There, her 30-year career spanned roles in research and development, innovation, product line and business unit leadership. Kuenker currently serves on the Women in AgriBusiness Advisory Board and was previously a board member of BioCrossroads and Indiana Biosciences Research Institute (IBRI). She received her master’s degree in mathematics from Central Michigan University and graduated with a bachelor’s degree in mathematics from the University of Michigan.

Gillum, an experienced venture capitalist and current president of the Venture Club of Indiana, is responsible for sourcing and analyzing venture investment opportunities as senior vice president of 50 South Capital Advisors. Previously, he co-founded and served as managing partner of an early-stage venture fund that focused on technology companies in the Midwest and New York City regions. He was named to Crain’s Chicago Business Tech 50, a recipient of the Turnaround Management Association’s Turnaround of the Year, and M&A Advisor’s Top 40 Under 40. Gillum earned a Master of Business Administration from the University of Chicago Booth School of Business and a bachelor’s degree in economics and public policy from the University of Michigan.

The addition of Kuenker and Gillum to the AgriNovus Indiana board of directors brings total board membership to 26 members representing leaders from business, academia, community and government.