Our plan is to supply our large operation with 100% renewable energy. AgroUrbana has three different approaches to it: one being, a solar farm with a combination of panels on the roof and on the ground. Secondly, a combination of powers on the roof and a power purchase agreement from a generator, coming from existing operating renewable power plants. The third approach is a contract with a generator to supply a 100% of our electrons from renewables, probably from both wind and solar farms. “We want to bring sustainability to agriculture, and we are not going to be able to get there if we use traditional energy”, Cristián Sjogren, Co-founder and CEO of AgroUrbana says.

Similar slope as LEDs five years ago
Chile started as a pioneer in renewable energy. “There’s a penetration of renewable energies going on in developing countries as they’re all going in the same road. We benefit from those competitive prices as well”, Sjögren continues. Pablo Bunster, Co-founder and CCO of AgroUrbana says: “When I started, ten years back, wind and solar were not as mature or competitive as they are today and there was a lot of discussion on what especially solar could do. Now, what you build is mostly wind and solar. That goes with technology and the curve of diminishing costs that you can see in technology when you factor in scale, plus where you can see it going.” Sjögren and Bunster see a similar trend in vertical farming. Such as, the cost of managing data, technology and LED lighting. 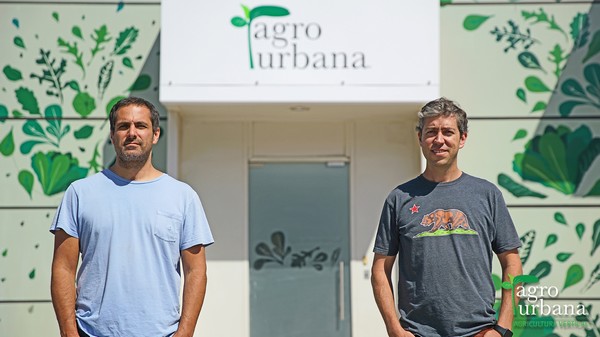 Bunster adds: “It’s relatable to solar panels as it’s the same slope. Five years ago, LEDs were considered very expensive, but too many people couldn’t do it because of the too high entry price to buy the lights. Today led is the new norm they go into everything and traditional light bulbs are out. When you see the slope on one side, which is data and on the other one, lights, you can see something very similar in the macrotrends of the renewable energy sector. There’s a huge opportunity to be able to be part of what could easily be a revolution in agriculture.”

‘Using technology to get there’
Sjögren states that vertical farming will become more evolving. AgroUrbana has the technology, the efficiency, the scale and costs of capital. “As long there is more experience in this industry, you’ll see more capital and lenders as they will become more flexible and will understand the risks.” Sjögren says that food production needs to be increased by 70% in the next 30 years. “If we don’t bring technology to agriculture, we’re not going to get there. The good thing is that technology will allow us to increase performance and lower costs at the same time. There is going to be a point where vertical farming costs will keep going down and will cut with the traditional agriculture costs”, he adds. 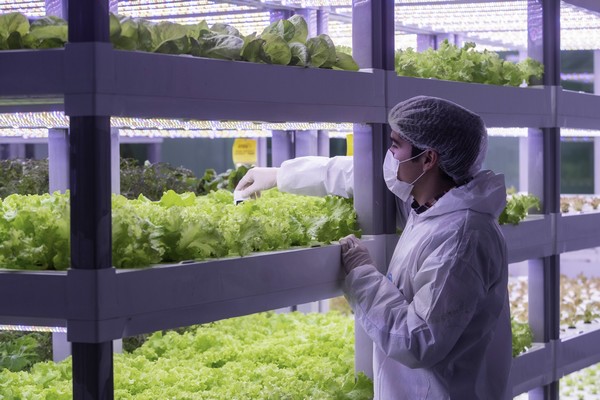 Customer feedback
AgroUrbana received encouraging feedback from chefs, to newspapers, to investors. Chefs are delighted with the food quality. The company started by focusing on high-end- and day-to-day restaurants. “After restaurants tried it, they were all about it and started posting about our products. They encouraged the quality of the product and that’s how we gained traction in the market around vertical farming”, Bunster affirms.

AgroUrbana has also received a few negative points on its packaging as 5% is plastic, despite in being recyclable. Bunster adds: “But we are working on this because we want 0% plastic in our packaging. Restaurants want to see prices; does it make sense on their profit line and do our customers keep buying from us? Then there is the consumers, a more sensitive sustainability group. They want to know how we grow our produce, what products were used for growing them and the impact food has on their planet. Chilean consumers would pay a higher premium to get a better product. We have addressed most of their concerns, which is: having a great product for the new generation. The story of traditional farming, which is a nice story but it doesn’t hold towards the future.”

A two-in-one product
Bunster continues: “AgroUrbana is already in the retail, e-commerce, restaurant and catering business. We might be about 10% above our closest competitor in retail but with far better product. The price signal communicates something in itself and we have that premium price.” According to Bunster, customers are looking for two things: convenience, that comes with ready to eat and health, healthy quality food. “They want to have food safety, where it’s produced and where it comes from, he says. You don’t find many products that can bring these two things in a package. They’re either convenient or healthy. Anything organic in Chile, has to be washed before eating, which is a choice and that’s perfect. But, we are able to bring the health of organic products and the convenience of more traditional products to the market. 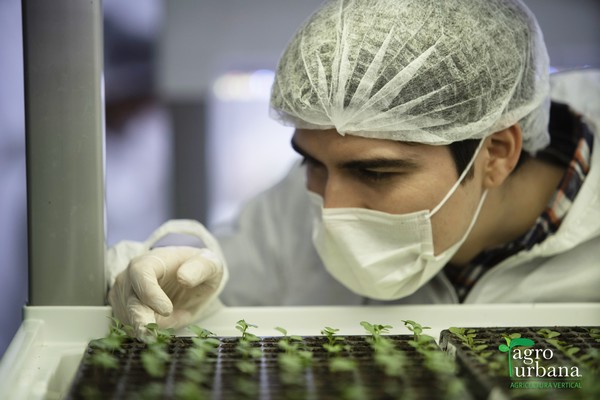 Just a quick check-up on the microgreens

The millennials and generations after that have purchasing power are starting to control the market wallet. They’re not tech resistant, but they love technology. We have early on subscriptions, as people want our leafy greens in their houses every week. We need to take it further, which means doing it better and always drive down costs. It’s quality food for everyone and not only for a few.

Communicating the product to consumers
“We are working on some storytelling videos so consumers know where the produce comes from. We just need to explain a little bit more on vertical farming. Especially in these times, vertical farming sounds as an abstract concept, but how do you communicate it? We just entered Chile’s top tier supermarket and talk are in place to further expand in retail. Our next step is to explain what vertical farming is through diagrams or an educational format”, Bunster says.

Sjögren says that millennials are 50% of the labor force. By 2025, they will be 75% of the labor force, so they are defining the market preference. He states that millennials are the generation that is reading product labels, more than any other generation in the past has done. “In the past, people were loyal to brands, volume vs. price, but that has completely changed. That is why this generation is perfect for vertical farming, because they will value all these attributes that vertical farming brings. They will get informed; it’s just about finding the right communication strategy.”