In 2019, Rijk Zwaan became the first vegetable breeding company to introduce three cucumber varieties with Fusarium resistance. Last season, growers in various countries gained experience with these ‘For Defense’ varieties. Jaime Jimenez from San Agustín (Almería, Spain) grew Forami RZ. “It was a fantastic experience, because the variety solved all the Fusarium problems. I had higher production this year and the quality of the cucumbers was excellent.” This article presents insights into the cultivation experience and Rijk Zwaan’s breeding vision.

Fusarium is a major problem in cucumber cultivation. The fungal disease can cause a lot of damage, especially when cucumbers are grown in soil in non-heated, medium-tech greenhouses. Fusarium mainly occurs in autumn and winter, which are the main production seasons in southern Europe. Rijk Zwaan’s Fusarium-resistant varieties Forami RZ and Forada RZ are very suitable for cultivation in Spain and Greece, respectively.

Guarantee of good harvest
Jaime Jimenez: “I will definitely replant this variety. Forami RZ has given me all the guarantees for a successful result. The variety has a good package of resistances. However, nowadays in Spain we regularly struggle with the new CGMMV virus, so I would like to see a new variety with a combined resistance to Fusarium and CGMMV.” 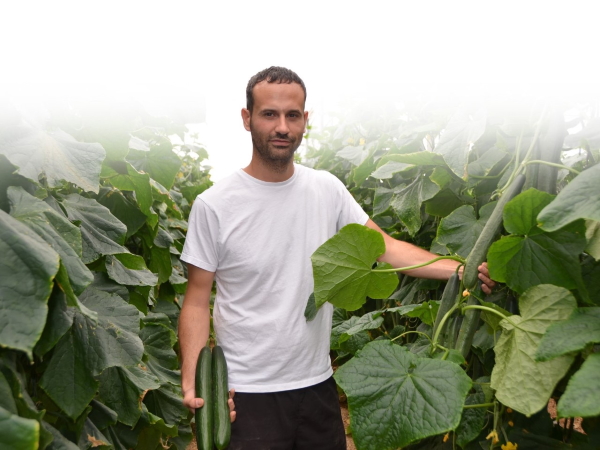 More varieties
Now that Fusarium resistance is successful in two commercial cucumber varieties, Rijk Zwaan wants to introduce this trait in more segments as soon as possible. “We are currently breeding to produce resistant varieties of long cucumbers for South Africa, Australia and Mexico – three countries where Fusarium can be a major problem. For mini cucumbers, we have started trials with Fusarium-resistant varieties for the spring and summer season in the Izmir region of Turkey. In the summer, we will also test them in Jordan. Furthermore, we are working on Fusarium resistance in our Asian cucumber programme and for slicer cucumbers,” says Cor Haaring, Programme Leader Breeding Long Cucumber. 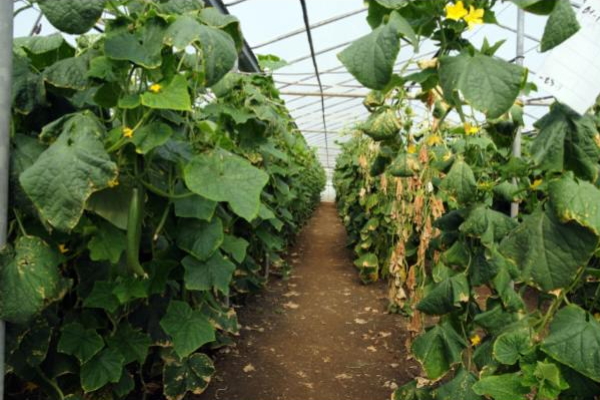 More cost effective than grafting
“Fighting Fusarium is difficult, especially if the use of chemical crop protection agents is not allowed. Until now, grafting onto a resistant rootstock was the only way to combat the disease. But that is an expensive solution,” says Crop Specialist Javier López Rodríguez. “The companies that grow Forami RZ are pleased with the variety, not only because of the resistance, but also because of the fruit quality. Occasionally the fruits have been a bit short. Forami RZ is at its best in the spring and summer. Our other For Defense variety, Fornax RZ, is well suited for autumn and winter cultivation.”

Starting point resistance
The Phytopathology department is often the starting point for disease resistance. “It starts with the search for a cucumber that already has resistance to the disease. We test thousands of plants – often wild varieties – to find the right one. When we have found resistance, we then have to bring the trait up to the high standard of commercial cucumbers. Lots of crosses are made and selection is done, until we can finally add the Fusarium resistance to a whole range of desirable traits such as high production, good plant architecture and desirable fruit type, size, shape, colour and taste,” says Daniël Ludeking, Team Leader Phytopathology Research. 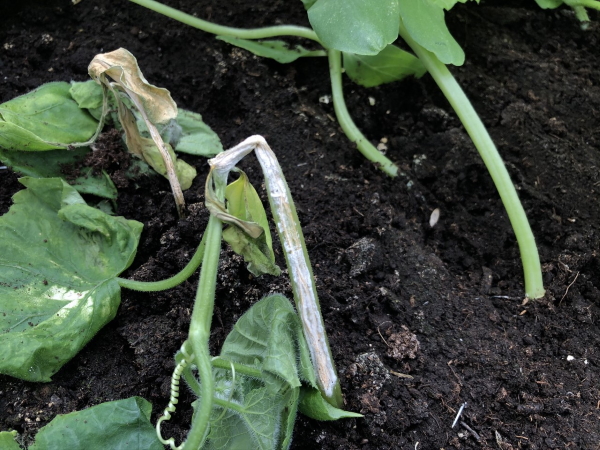 Extensive collection of diseases
The Rijk Zwaan Phytopathology department has an extensive collection of Fusarium variants from all over the world. Fusarium oxysporum f.sp. radicis-cucumerinum is the fungus responsible for root and foot rot in cucumbers. Rijk Zwaan remains constantly alert to new variants of the fungus and conducts tests to ensure that the For Defense varieties are resistant to them too.

Final tests
Daniël Ludeking: “When the Rijk Zwaan breeders have almost finished their work and we believe that a variety is resistant and will display the expected production and cultivation behaviour, Rijk Zwaan tests the degree of resistance under practical conditions. This means that the new variety is tested at growers’ locations. There, the newly developed resistant cucumber variety is compared against reference varieties.”

The resistance testing under practical conditions can continue for many years, until the Breeding and Phytopathology departments are entirely convinced of the robustness of the resistance in combination with the other traits. Only then is the new variety given a name and commercially launched in the market.

Watch the timelapse movie (2019) to see the difference between a standard and resistant variety: