"It is the first of its kind in a high-tech environment."

Australian glasshouse producer planning to diversify into the cucumber space

A major Australian glasshouse producer and marketing company, Flavorite is preparing to diversify its business, with the introduction of high wire glasshouse grown continental cucumbers.

Flavorite is building another four hectares of glasshouse, ready for planting in June 2021, at its facility in Warragul, in Eastern Victoria.

"It's all-new technology, in a conventional glasshouse," National Business Manager Sam Kisvarda said. "We haven't decided on the exact mix yet. Normally, we grow cherry tomatoes, large truss tomatoes, Palermo peppers and capsicums, but now we are growing cucumbers. It is basically diversifying into a category that is still done in a low-tech environment, but we are looking at doing it in a high-tech environment like they do in Europe. It will add a better consistency to the supply chain. We sell cucumbers from low-tech areas, but it is the first of its kind in a high-tech environment." 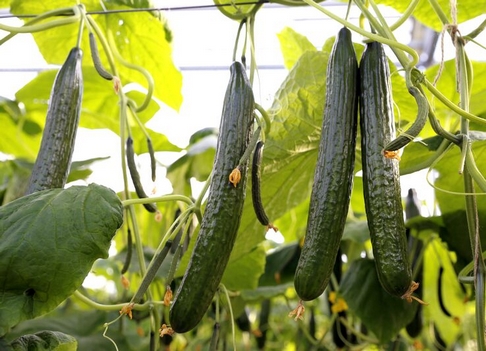 The company undertakes its plantings each winter, and Mr Kisvarda says that there will be 12-month production, with more volumes across the summer period.

"Summers bring more light at that time of year," he said. "These will be the first cucumbers grown in Australia under high-wire production. That means basically that continental and Lebanese cucumbers are done in tunnels at the moment, but this will be the first crop where we can grow all the way to the crop wire, at full glasshouse height, which can mean the cucumber plant can be up to around nine metres tall. That gives you more production and a bigger size bracket, meaning we can pick a more consistent size in line with customer expectation every time."

Flavorite has been conducting trials for the past 12 months and will take the step in August by using 10,000 square metres of the existing facilities to expand the trial.

"So, this is the start of further diversification into cucumbers which will add to our main crops of tomatoes and capsicums," said Mr Kisvarda. "I think there is a growing demand for cucumbers. The cucumbers are currently grown in South and Western Australia, both in a low tech environment, mainly plastic tunnels. South Australian production is from September to April, and then it moves to Western Australia from April to September. Traceability can be an issue. Production is spread across many small growers, making it difficult to guarantee compliance and consistency when consolidated in the central packing sheds. Flavorite’s production of cucumber may only be a trial, but personally, I think it is going to fill a huge gap in the market for high quality, safe, and consistent supply, proving up the opportunity to expand the following year." 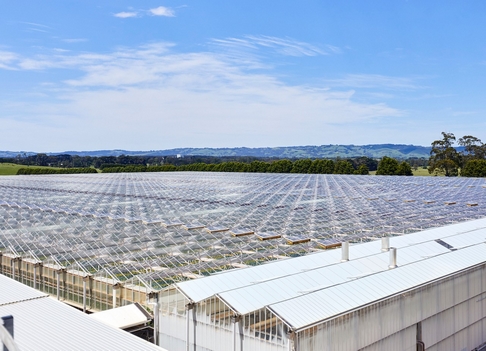 Flavorite plans to supply the cucumbers into major retailers and wholesale markets. The company admits that it will be small volumes initially, but interest for a better product from customers is enormous.

"We currently supply supermarkets and greengrocers with produce from traditional growing areas like Geraldton and Virginia," Mr Kisvarda said. "But we are looking to add to that, and if this does work well then we will increase it to 50,000 square metres the following year. "

Recent tomato production has been fairly good, according to Mr Kisvarda, despite the prices being low from November to January, before picking up in February and March.

"There has been heavy supply, causing a readjustment of the market, and that's one of the reasons why we are looking at diversifying - to spread the risk a bit more," he said. "We grow truss tomatoes, and cherry tomatoes, but truss tomatoes, in general, have been lower in price with extra plantings entering the market over the last year. All growers experienced some hot weather issues as well, where production was temporarily affected causing missed flowers and less fruit. You can lose two weeks of production in some areas, hence, the shortage of truss and field tomatoes coming from the south this year. That has meant high prices for the past 4-5 weeks now." 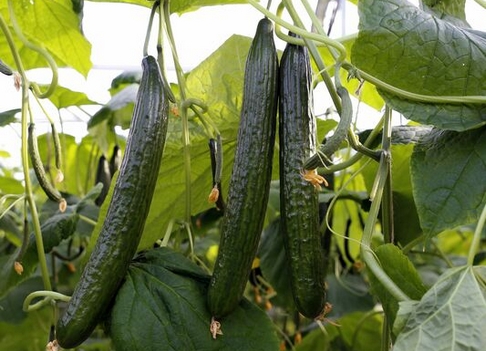 He added that tomato supply has been affected slightly by the extra demand, due to the coronavirus, as people transition to eating more meals in the home and look to more healthy diets to improve their wellbeing.

"I haven't noticed tomatoes prices going up too much due to the extra demand," Mr Kisvarda said, "If you go into a supermarket, you are going to see some type of tomato, and there are many more options to choose from. On the other hand, capsicum availability has been under added pressure with lower supply and less different types to choose from. Potatoes and onions are more affected by the consumer rush to find more shelf-stable vegetables that they can store for longer than more perishable veggies like tomatoes and capsicums, hence they are hard to find right now."