The Tomato brown rugose fruit virus (ToBRFV) has been found on tomato seed that has been imported from Peru to the Netherlands. The Dutch food and safety agency NVWA reported this last Friday and the news was shared by the Dutch alert system.

The ToBRFV virus is harmless to humans and animals but can cause serious damage to crops. Since last year all European countries are obliged to share news on any contamination with their European partners. 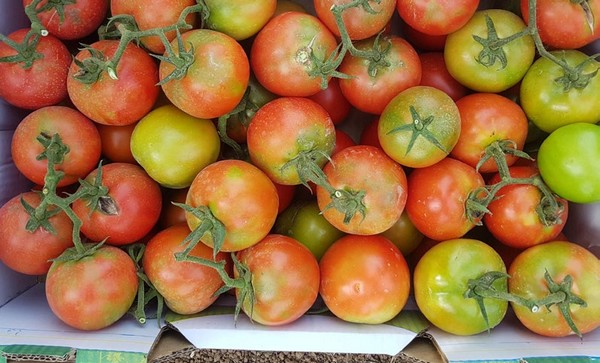 Off the market
"This seed may no longer be marketed", the Dutch minister of Agriculture declared. "Also the seed delivered that has not yet been used must be recalled and the NVWA must be informed about the growers to whom seed has been delivered."

The NVWA carries out further inspections at the propagators involved. Plants from seed that has not been found free of the virus may no longer be delivered to tomato growers.

The NVWA is carrying out inspections and taking samples at growers who currently have plants from the contaminated batch. Tomato growers found to be infected must take the same measures as those imposed on tomato companies that had already been determined to be infected. This means that although they may deliver tomatoes, vegetable waste and substrate may only be disposed of with the permission of the NVWA and under conditions.

The Dutch minister added that currently it is not clear what this means for the industry. "The new developments are currently being thoroughly analysed by the NVWA, in close contact with the sector. The European Commission and the other Member States will be informed as well."

GSPP
The origin of the seed batch is currently unknown, other than that it is from Peru. In professional horticulture, extensive seed checking is a standard procedure. Most companies only work with seed that is GSPP certified. The Good Seed and Plant Practices quality mark is a hygiene and quality certification for starting material. All Dutch breeders also conduct additional testing for the presence of ToBRFV to make sure their products are virus free.

Spain, Netherlands and Norway
The virus is also spreading in Spain. In that country it appears that ToBRFV has now been found in six farms in the province of Almería. Four glasshouses were cleared, after which glasshouses number 5 and 6 were also stripped of the infected plants. According to the Spanish, this 'solved the problem'.

In the Netherlands, with four new discoveries, the total number of contaminated farms currently is 17.

In Norway, also still virus free, it was feared for a while that ToBRFV had also been found in tomato cultivation in that country. 660 kilos of tomato crop were destroyed by the authorities there, after it seemed that the virus had been found on crop in the greenhouses of the Environmental and Life Sciences University of Norway (NMBU) last autumn.

The seed from which that crop had been grown had been imported from Chile via the Netherlands. After research by the Norwegian bio-economic institute Nibio it turned out that it was another virus, 'a kind of tomato mosaic virus'.

On the one hand people in Norway are relieved that it is not ToBRFV, on the other hand the discovery of the virus is proof that the resistance against the tomato mosaic virus has been broken. The Norwegians are now waiting for advice from Nibio.

Last week the French organisation ANSES shared an extensive report on how to keep ToBRFV out. Read more about it here.