Lets say, you are looking for your own organic cultivation from Dutch soil and just like that you have two, self-growing companies. Bio World, the organic branch of the Best Fresh Group, managed it. Organic greenhouse vegetables will be grown in IJsselmuiden and Sexbierum in the Netherlands, from next season.

"With that, the customer can now also choose to buy directly from the source," says Job van den Berg, director of the organic division of Best Fresh Group, which has been growing its own crops under the name Quality Life Produce (QLP) for three years on Spanish soil.

IJsselmuiden
All attention was naturally devoted in November to the restart of A.C. Hartman, the large nursery in Friesland, that accounted for around a quarter of the total Dutch organic greenhouse vegetable production.

Logical, but the first step towards our own cultivation on Dutch soil was taken in IJsselmuiden. Since the beginning of October, when QLP Nederland saw the light, work has been underway on converting 3.3 hectares of greenhouse. 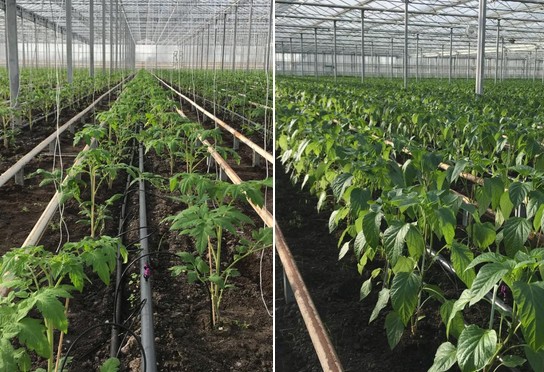 In the past two weeks, the greenhouse of QLP grower Jannick Brink was filled with tomato and pepper plants, as was shown on LinkedIn.

Controlled growth in organic
In Sexbierum, production has already started, conventionally. The first cucumbers were harvested on January 17. The area, 38 hectares in total, is roughly half-to-half divided between organic cultivation and conventional cultivation. “With QLP we focus on year-round production of greenhouse vegetables. We also do conventional, just like Hartman did before. Our goal is not to grow very fast in conventional growing, but controlled growing in organic is.” 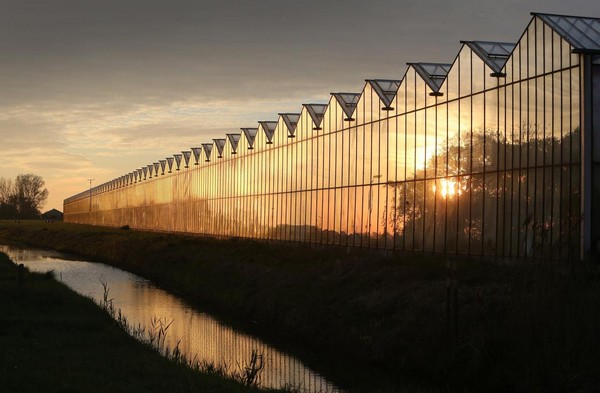 The greenhouses in Sexbierum. The greenhouse area of 38 hectares is divided by Quality Life Produce into 35% cucumber, 60% peppers and 5% peppers in common.
In organic there is a bit more spread with 50% cherry, candy and vine tomato and 50% cucumber / bell pepper, with bell pepper being yellow, red and optionally green bell pepper and green pepper.

QLPs complement each other
Anyway it is a big switch that has been made. "Where we want to go is a complete organic assortment throughout the year," says Job. “Bio World is and remains an import and export company, but QLP comes for its own cultivation. QLP Netherlands actually, subdivided into QLP IJsselmuiden and QLP Friesland, as an extension of QLP Spain, which has now had its own cultivation and packaging for three years.”

Both QLP branches will work closely together, just like QLP will do this with other growers from whom Bio World will, if desired, sell their product. "If you have your own cultivation year-round, you have to work well together," says Job. “If we see that there is a dip in the Netherlands during the transition phase in July, then we will ensure that there is plenty of production in Spain and so the other way around. You have to anticipate peak productions in the Netherlands by, for example, picking the top of the tomato crops earlier in Spain and harvesting more quickly.”

A view into the Spanish greenhouses

“Excellent field vegetables are also grown around Sexbierum, so we are certainly looking into that to be able to offer an even more complete, comprehensive organic vegetable package in the future.
This does not necessarily have to be a collaboration that comes before the notary, but it can also be just an intensive collaboration. But first go into full production with the Dutch greenhouse vegetables from their own cultivation. That was our wish and that wish is now very well fulfilled."

Quality Life Produce will be present at Fruit Logistica in Berlin in Hall 3.2, Stand C-27.
The new QLP house style is introduced there, just like a new Bio World brand.