Over the last couple of years, private equity has found its way to the horticultural industry. In North America, many big greenhouses were expanded thanks to these investments. In the Dutch industry, investors mainly connected to greenhouse suppliers and technology companies. Now they also found the growers. The investors of NPM Capital have reached an agreement with the shareholders of Agro Care on the provision of growth capital to the Dutch tomato company. Last Friday, just before Christmas, minority interest was signed over to NPM Capital. 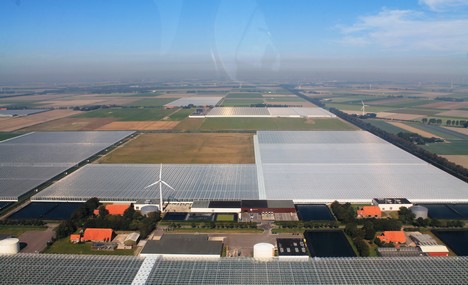 Big tomato boys
With an acreage of more than 200 hectare in Netherlands, France, Morocco and Tunisia, Agro Care is the biggest Dutch grower and one of the largest tomato growers of Europe.

And they want to grow further. According to director and co-founder Kees van Veen they can accelerate this growth now that the investment company is on board.

"We remain in charge, but can put this new partner to good use for extra financial growth and because of the knowledge and experience they have with mergers and acquisitions," says Kees.

Together, both parties want to achieve a jointly formed growth ambition. For doing so, they look at expansions, mergers and/or takeovers - a combination that lead them to their current acreage as well.

The focus is primarily abroad, says Kees, "because, to put it mildly, we don't like the entrepreneurial climate in the Netherlands. Investing in the Netherlands is currently not attractive because of the great uncertainty that exists. In the light of the farmers' protests, for example, it wouldn't surprise me if at some point the Netherlands comes to the conclusion that horticultural expansion in the Netherlands must be stopped. And then you're stuck with your newly built greenhouses..."

Agriport
Yet even this year Agro Care hasn't been too quiet for the team. Even in the Netherlands, a piece of acreage was added. At Agriport, Agro Care took over 10 hectares of greenhouses and 10 hectares of land from its neighbour Greenco in September. "This was an opportunity that we could not pass up, also because we think Agriport in the Netherlands is a good place to do business.

Europe
In addition to growth in North Africa, Agro Care also looks at countries in Europe, especially France, Germany and England. "This allows us to grow closer to the final customer, while France is a relatively new market for us where we see opportunities. At the moment we already have 17 hectares there, but we see opportunities for further growth. Also in combination with import from our own cultivation locations in North Africa".

Private equity
And all this has to be done with the NPM Capital investment.

NPM, a subsidiary of SHV Holdings, aims to be a long-term investment partner that is committed to creating sustainable value with the companies it invests in. They have been familiar with the fruit and vegetable industry for a longer time: back in 2005 they acquired Dutch canned vegetable and legume producer HAK. Amongst their other investments retailer Picnic and plough machine producer Oxbo.

"We didn't just join forces with any investment company. We have deliberately chosen a financially strong long-term partner that helps us develop and implement the strategy, for example by contributing to further professionalization and support in future acquisitions", Kees says.

Entrepeneurial spirit
"We have been talking to Agro Care for quite some time," adds Leonard van Loon, investment director at NPM Capital. "The strength of Agro Care lies in the entrepreneurial spirit of the organisation and its strong partnerships in the value chain. Partly because of this, Agro Care has built a leading position in a large, fragmented market that offers many opportunities for growth.

For example, Agro Care can use the growth capital for further expansion investments in technologically high-quality greenhouses and acquisitions of parties in the Netherlands and abroad. Together with the ambitious management team, we are happy to contribute to the accelerated growth of the company".