"As a leader in production, Spain should try to unite the main cooperatives"

With 11 years of history, Unica Fresh has not stopped growing and expanding outside Almeria, where it started and where it has its current headquarters. In the last year alone, the cooperatives Copisi, Sunaran, Coopaman and the most recent, Nulexport, have joined the group, allowing it to exceed the 500 million kilos by the 2019/20 campaign. So far in the 2019/20 campaign, it has achieved a 45% and 15% growth in organic product volumes. Unica, in turn, is part of the AN group, and has closed the latest fiscal year, as of June 30, 2019, with 1,353 million Euro. 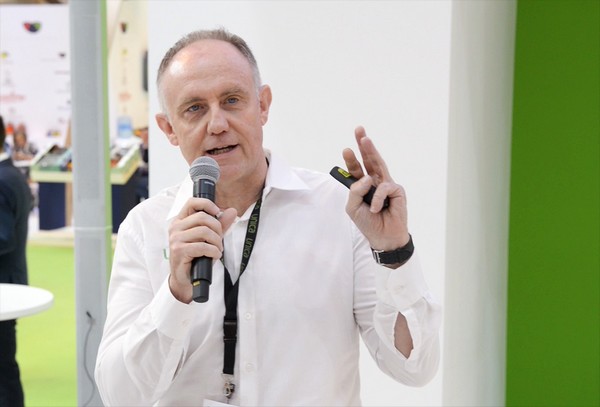 “Unica appears to be like a teenager who is growing quickly and whose muscles have yet to develop properly. We are at an interesting time when it comes to the integration of cooperatives; at a time of growth for other companies and investment funds, which are being attracted by this sector,” says Enrique de los Ríos, director of Unica Fresh.

According to De los Ríos, the purchase operations that are taking place in the sector with the arrival of investment funds are generally regarded with some caution by Spanish cooperatives. “In some cases, it can be something positive for the sector, if what you pursue is to create value in this sector so that all parts of the chain will benefit in the future. But it can also be negative for those companies whose investors seek the short-term profitability of shareholders, who are not an active part of this business and, in the medium term, have no intention of improving the value of the sector where they are investing, thinking only of their shareholders.”

Fresh cut and ready to eat products continue to gain ground in Unica Fresh's investments. “Our focus in terms of production and revenue is still on fruits and vegetables that are packaged straight as they arrive from the field, but consumers also seek to eat healthy in an increasingly convenient manner. That is why concepts such as vegetable snacks are becoming popular. Everything points to opportunities being there and we have to follow the trend closely to see how it develops, because it could determine the future of this company. Social media are a good indicator to show us where these trends are going.”

“The demonstrations do not show that we are really united”
The 2019/2020 vegetable campaign did not start well in terms of prices. The prices remained low for so long that the sector took the streets in mass demonstrations in Almeria and Murcia.

“The loss of profitability reached such a point that people in the sector were motivated to try finding solutions and to let off steam. However, the fact that we are protesting does not mean that we are really united, or even that this is effective. This price crisis is mainly due to a lack of crop planning and to competition with other third parties,” says Enrique de los Ríos.

“Spain, as the leader in Europe in horticultural production, should try to unite the main cooperatives and act as a lobby to improve its bargaining power and be able to put more pressure on both Spanish and European public administrations. We have to learn to take effective action instead of complaining together in groups when things go wrong and being individualistic when they are doing well.”

Tomato rugose virus: "Being prepared for the worst and hoping for the best"
All alarms have been raised following the recent detection of the ToBRF virus in Almeria, since it is classified as a very dangerous disease for tomato plants, even though it doesn't affect the health of consumers at all.

“We are very concerned and keeping a close eye on its development. We are still waiting for official institutions to decide what measures are to be adopted. There are those who think that it could be truly devastating; in fact, some producers from competing countries, such as the Netherlands, see it as a possible long-term opportunity to continue gaining ground on Almeria's tomatoes. We must be prepared for the worst and hope for the best,” says the director of Unica Fresh.

We must look beyond Europe; the world presents more and more market opportunities
“As Europeans, Spanish exporters generally tend to be strongly oriented towards the EU markets, where there have always been great opportunities and where there is great competition. We see, however, that there are emerging areas in the world where, as the purchasing power grows, the demand for healthy and convenient foods is also on the rise,” says Enrique de los Ríos.

"There are very interesting third countries for some of our products, such as Brazil for the garlic, or China for the oranges. Just like Unica has stopped being Almeria-oriented and expanded to other areas of Spain, we believe that we must stop being Europe-oriented, given how the global market is evolving. Countries like India, the United Arab Emirates and those in Southeast Asia are showing great potential.”

"Brexit will only involve more paperwork if an anti-European feeling does not develop"
The possibility of a hard Brexit is increasingly likely since Boris Johnson won the UK elections in such a decisive manner.

“We know that the fact that there will be Brexit will not necessarily entail an end to the import of European products, as long as a clear anti-European sentiment doesn't develop. We hope it will be more a paperwork at customs issue. The United Kingdom is an important market for Spanish fruit and vegetable exports, where they have been well established for decades. If the British do not want an increase in their health expenses following a lack of investment in the health provided by sensibly-priced Spanish products, we will have to continue cooperating. There are no better products in terms of quality, prices, carbon footprint, social footprint, plastic footprint, water footprint, etc. than European products in general and the Spanish in particular,” says the director of Unica Fresh.