"Dehumidification offers a lot of benefits for greenhouse growers"

Benefits of dehumidification
In order to not have to compromise between optimal temperature and optimal humidity conditions, a greenhouse grower might want to look to dehumidifiers as a solution. Ziv Shaked with Drygair explains how dehumidification offers a lot of benefits for greenhouse growers. “Without dehumidifiers in a greenhouse you would have to open vents in order to release the excess condensation, this would in turn lower the internal temperature of the greenhouse and require extra energy consumption to keep it at the right level,” says Ziv. “Dehumidifiers can save up to 50% of energy. On top of this there is less need for chemical crop protection, less working hours, generally better environmental conditions, and more. But everything starts with the energy use, if people use these machines they see additional benefit in yield and in conditions.” 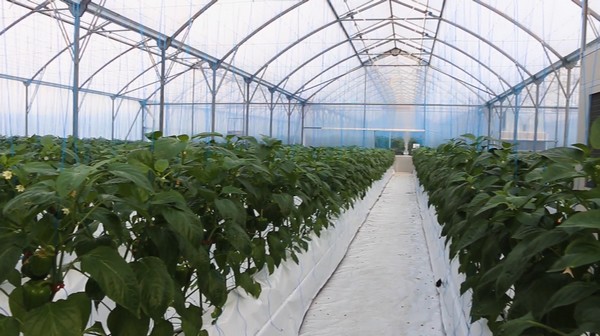 Showing the benefits of dehumidification in this video

The new machines
DryGair has been active in this market for many years. Their dehumidifiers are based on refrigerant gas. Starting in 2020, DryGair will offer new dehumidifier units under the names DG6 EU and DG12 EU. These are compliant with the European refrigerant gas used in the machines. “We used to use gas that was called R507 and we changed it to R513A,” says Ziv. “The most important thing about this change is a very low Global Warming Potential, which means that from an environment point of view the machine is really green. From a more practical point of view this means that the machine condenses more water more efficiently. The idea is not to go bigger, but that we will get much more water from the air with a similar sized unit while further preventing CO2 losses.”

“The main unit we sell at the moment is the DG12, which extracts about 45 liters of water per hour,” says Ziv. “The new unit, DG12 EU, attracts 48 liters per hour, which is the best in the industry. The unit is designed to work in greenhouse environments, in areas with 80% relative humidity, and an average temperature of 18 degrees Celsius. These conditions are good for crops, but generally they are very damaging for machines, but these machines were made for this condition. On top of all this the electricity consumption is also low, between 10/12 kw per hour.” 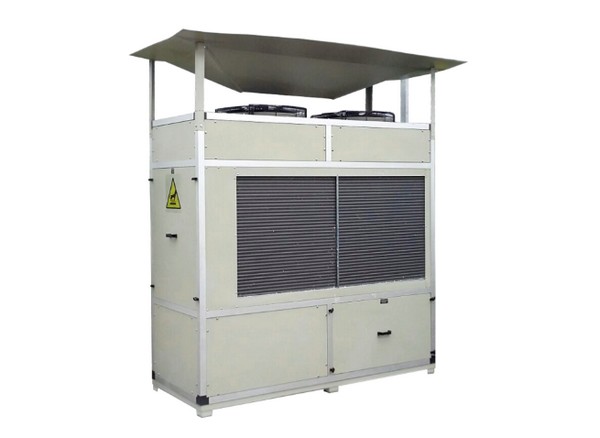 Why the European market
“Looking toward the future, we see Europe as one of our main markets, so we had to make sure we complied with the EU regulations”, Ziv explains. “The Netherlands is still the leader when it comes to horticulture, so Europe is an important market. On top of that we are looking at the expanding cannabis sector in Europe, specifically Germany. We’re talking about all sorts of crops in the Netherlands and Spain, and we’re looking to expand into different markets like Poland and the UK, but also the organic market, and as said cannabis. In cannabis our dehumidifiers are one of the only products that can realize the conditions the plants need.”

Earlier machines
The new machines do not differ much from the earlier machines when it comes to end results. “The machines are still plug-and-play, and easy to install and maintain,” says Ziv. “A grower that had the DG12 will not see a big difference with the DG12 EU. The biggest change is a slightly larger amount of water being taken out of the air and slightly different dimensions. The original DG6 and DG12 will still be offered outside of Europe.”