July 7th, 1944: Jacques Conty Zick (Lacroix), manages to escape from the train that is taking him to the death camps. He meets Paul Moureau, a resident of Aramon, who comes to his aid and hides him in his stone house.

70 years later, Rijk Zwaan France buys the land where the house is located. As a tribute to Jacques Conty Zick, to the resistance fighters and to the generosity of people like Paul Moureau, the vegetable seed selection company undertook some major restoration work to revive this place filled with history. On Wednesday, December 18th, Rijk Zwaan organized the official inauguration of the restored house, in the presence of the families of Jacques Conty Zick and Paul Moureau. 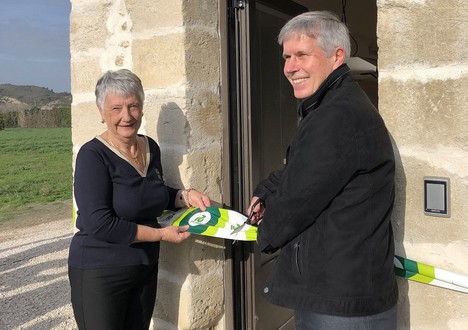 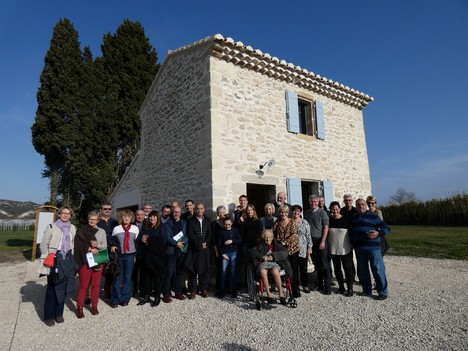 All the participants of the inauguration: the families, residents of Aramon and elected officials

Jacques Conty Zick (Lacroix), resistance fighter during World War II
Resistance fighter and liaison officer, Jacques Zick Lacroix is captured by the Gestapo on March 21st, 1944. Incarcerated at the Beaumettes prison in Marseille, then at Sainte Anne in Avignon, he is regularly tortured. Transferred to Nîmes on July 7th, 1944, and put in solitary confinement with only water and black bread, he prepares his escape. But that same evening, he is given the striped outfit, handcuffed and must cross Nîmes to reach the train station. There, he is told that the train will not go fast because it must be bombed by the resistance. Locked in a cattle wagon with many other prisoners in the scorching heat, he has little doubt about what awaits him at the end of the trip: the death camps. It takes the train more than 7 hours to reach Aramon where it is blocked by the British air force, bombing part of the convoy. With some comrades, Jacques Zick Lacroix manages to knock out the guards, break the barbed wire and jump off the train. He manages to get up despite the German fire, escapes and hides among the fruit trees of the orchards.

A resident of Aramon, Paul Moureau, witnesses the scene. He goes to Jacques, saws off his handcuffs, gives him work clothes, buries his prisoner outfit and hides him in this stone house where he brings him food everyday. 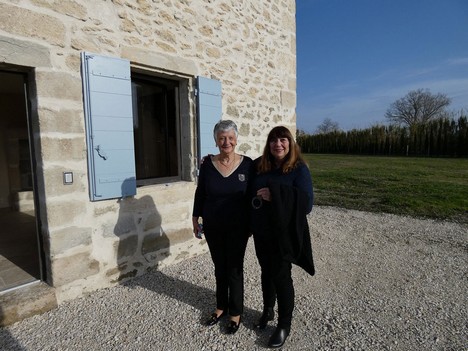 After several days of rest with the Moureau family, he joins the resistance again and is assigned to the DGER (counterintelligence) in Paris. He is finally demobilized on October 1st, 1945.

He goes back to his profession, as a photographer at Harcourt Studio where he will take the portraits of many personalities.

Given the Croix de Guerre with a vermeil star, among other decorations, Jacques Zick Lacroix will remain eternally grateful for the Moureau family who, despite the risks, did not hesitate to hide and protect him. Aramon will remain the town where he regained freedom and the Moureau family forever in his heart.

In 2016, Rijk Zwaan bought the land where the stone house of the Moureau family is located. The building was in very poor condition and the roof had collapsed. Rijk Zwaan then decided to revive it through a restoration project. The goal was to preserve this place filled with history in memory of Jacques and the other resistance fighters deported who survived the war thanks to the generosity and dedication of people like Paul Moureau. 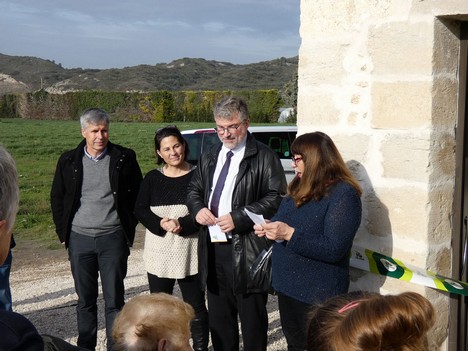 About Rijk Zwaan
From a store selling vegetable seeds in Rotterdam in 1924, Rijk Zwaan has grown thanks to the creation of new successful varieties.

Its approach has always been based on natural growth by seizing the opportunities offered by the current company, born of technological progress and international developments.

The first branch was created in 1964 in Germany, and from 1980, the development of branches worldwide accelerated. Today, Rijk Zwaan brings together more than 3,000 employees among the 30 branches of the group, a product portfolio with more than 1,000 varieties, sold in more than 100 countries around the world.

Rijk Zwaan France
Rijk Zwaan France was created in 1984 with the same ambition and the same values: to provide innovative and competitive answers to the demands of the clients and the needs of the French market.

Today, the branch is in constant evolution and has 134 permanent employees. The headquarters and research center located in Aramon (Gard) covers an area of 55 hectares.