A project underway on the east side of the UC Riverside campus will offer high-tech greenhouse space where researchers from different disciplines can work together in a climate-controlled environment.

The Plant Growth Environments Facility is the first new greenhouse research building built on campus in close to 40 years, said Rowan Reid, project manager for the Office of Planning, Design and Construction. The $22 million project is considered instrumental in maintaining UCR’s continued leadership in agricultural research for the coming decades.

The 30,000-square-foot, two-story facility is being built on a 1-acre site near East Campus and Eucalyptus drives, replacing an older greenhouse made of wooden slats. Construction began in May and is expected to be completed by September 2020. 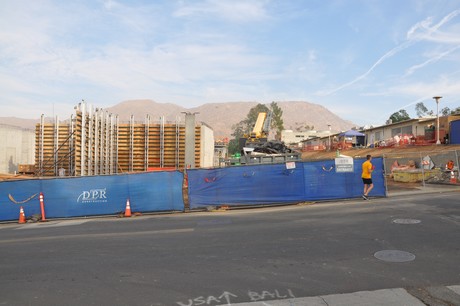 The greenhouse research space will take up nearly 14,500 square feet on the top floor, while part of the bottom floor will be built as a shell space to be finished later when its exact use has been determined, Reid said. A stairwell, lobby/patio area, and some support space on the first floor will be completed as part of the initial construction.

The bottom half of the building features concrete walls, while the greenhouse will be built with double-layered clear glass.

“A big part of the design is reinterpreting what a greenhouse looks like in 2020,” Reid said.

In most greenhouses, only similar types of plants requiring the same kind of temperature and climate controls can be grown, he said. The design of the Plant Growth Environments Facility allows for a much wider range of research because it functions as a laboratory as well, Reid said.

The new facility will be separated into 16 different modules on the same floor that allow for different climate zone ranges. Each module can control its own humidity, temperature, lighting and other conditions needed to conduct research. The settings can be controlled via wireless technology. 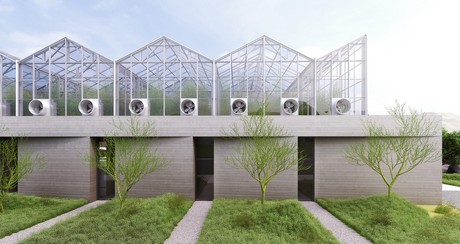 An artist rendering of the Plant Growth Environments Facility

“This facility is much needed and is a great augmentation to our greenhouse space on campus,” said Katherine A. Borkovich, professor and chair of the Department of Microbiology and Plant Pathology with the College of Natural and Agricultural Sciences, or CNAS. “The air-conditioned spaces alone will have a huge impact on those researchers who need cooler growth temperatures and/or consistency in the temperature of the environment.”

The climate controls allow research not possible in current aged greenhouses, said Peggy Mauk, director of agricultural operations and a subtropical horticulture specialist with CNAS. For instance, researchers can harvest plant material and study forest ecosystems that require lower temperatures. Entomologists will be able to study insects sensitive to temperature.

The facility will include lab and work space so research can be done on site without having to worry about transporting plants and other materials from the greenhouse to the lab, she said.

“This facility will allow for the expansion in the type of research done on campus, attract new faculty to campus, and it will enhance the research opportunities,” Mauk said. 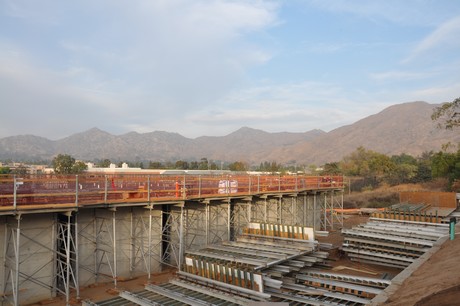