If counted correctly, last week there were 77 companies active in LED horticulture present at the MJBizCon. It might be clear: even more than last year, high-tech horticultural suppliers found their way to the biggest event in the cannabis industry.

This edition saw a particular focus on the cultivation side of the industry, with more and more exhibitors showcasing solutions for large-scale commercial cannabis growing. Last year, there was laredy an increase in exhibitors from the high-tech horticultural market, and this year even more technical companies found their way to Vegas to take their share of the expanding cannabis market. Now that the big boom in the Canadian expansions seems to be over, the US market is of rising importance. 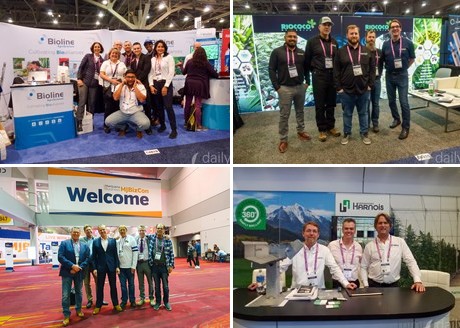 Maturing industry
"I have a bag of money and I want to invest. Can you explain to me the difference between a greenhouse and an indoor farm? What's your price per meter and when can you start building?" Last year these questions were asked more than once to high-tech horticultural suppliers at the MJBizCon show; this year, it seemed to be different.

Generally speaking, the level of professionality on the show was higher than in previous editions, thus signalling a maturing cannabis industry. Speaking of this, also prospects for 2020 were more realistic: raising capital has never been a sustainable business model, and many companies are planning for long-term results, rather than short-term ones. Visitors were more knowledgeable, especially with regards to the horticultural aspect of the cannabis industry.

Better organized show
In general horticultural exhibitors keep on vowing for a better organized show, uniting the greenhouse suppliers and not letting them exhibit in between companies providing marketing for dispensaries or prepacked joints. Now, consumer-oriented companies, greenhouse suppliers, fertilizer and lighting companies, and extraction companies were spread across the venue, making it a bit difficult for attendees to have a full understanding of the full array of technologies available for each of the aforesaid categories.

As said, everybody pretty much agreed that with the beginning of 2020, the cannabis industry will start seeing some novelties with regards to the players involved in this segment. Much capital has been raised over 2019, and next year investors are waiting to see some revenue coming. This will allow the most serious companies to thrive, and, at the same time, will also help the industry to advance and to gain a high reputation as a true special subset of horticulture. 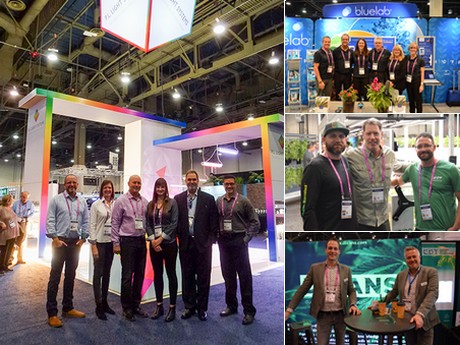 Canada vs US
With the industry maturing there are also challenges. The Canadian expansion has slowed down with many big projects being put on hold, postponed or cancelled, followed by issues in the product chain and insecurities amongst licensing and financing.

At the same time, the US looks increasingly promising and willing to take its place. One by one, each State is implementing some sorts of cannabis regulations, thus allowing new operations to be initiated. There are a number of small and big projects going on in the US, and, at the same time, existing projects are being scaled up. However, there are some projects that proved to be actually non-existing, whose only goal was to raise as much capital as possible. As the industry matures, these situations will become less and less usual, as these businesses will be naturally kicked out of the industry.

All in all, it was a good edition. Way less party-goers and more and more professionals, thus showing that it is only a matter of time before this industry catches up with the more advanced horticulture sector.

Read more articles and check out the photo report on our cannabis publication MMJDaily.com