Growing up in Watford Ontario, Canada with deep family roots in the agricultural sector, George Cornelissen, Mike's father, has built a thriving and well respected business. Cornelissen Farms is diversified in field crops, chicken barns and even grain elevators, but with an eye to the future, George and Mike wanted to expand into the greenhouse sector too. 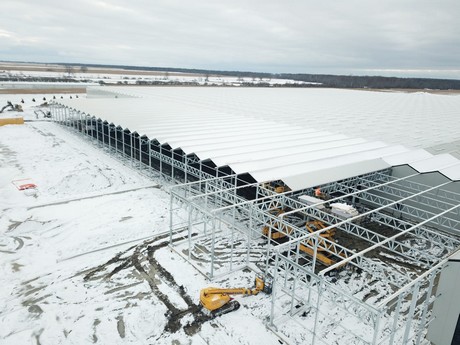 Mike grew up around his uncle’s greenhouse, and learned about the industry from a young age. While in college, Mike took interest in building his own greenhouse and decided to work for his uncle as part of his degree. In the fall of 2015, the Cornelissen family purchased a large plot of land next to a landfill and began working with Havecon to develop their new greenhouse project.

In the spring of 2016, Mike was able to secure a bio-gas agreement with his landfill neighbour and together with Havecon, started construction on their first 10 acre greenhouse block.

In 2018 after a successful first year, they decided it was time to expand again with another 10 acre greenhouse block. Then in 2019 they decided it was time to again grow the business. Havecon and its partners were again invited to start on Twin Creeks largest expansion to date. This time building a 20 acre block, bringing the total greenhouse growing area to 40 acres. 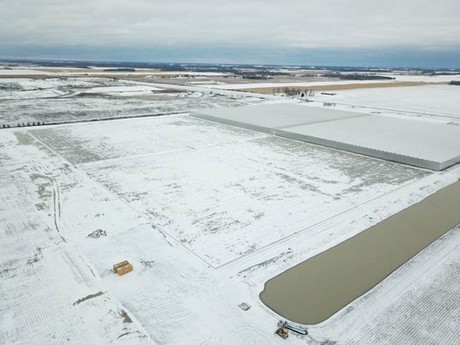 With this additional acreage Twin Creeks Greenhouse will become one of the largest pepper growers in Ontario, Canada, and with plenty of land left, the sky is the limit!

When we asked Mike about why he has chosen Havecon from the beginning and all expansions after, he answers: “From the start the feeling we had with Havecon was good. The same goes for Voorwinden, by the way. In practice the high quality of their workmanship confirmed this feeling. Next to that the speediness of their work throughout the whole process is a big plus. And finally, I would mention the overall support. People at Havecon are always willing to help and think along with you. Therefore, we are looking forward to working with Havecon again for our latest and largest project.”