Westland horticultural companies and alderman Zwinkels have taken part in a trade mission from the province of South Holland, the Netherlands to China from 16 to 23 November. The aim was to bring Westland greenhouse horticulture companies into contact with business relations in a number of Chinese regions and to discuss cooperation with universities and agro-parks in the area of cultivation, energy and water. 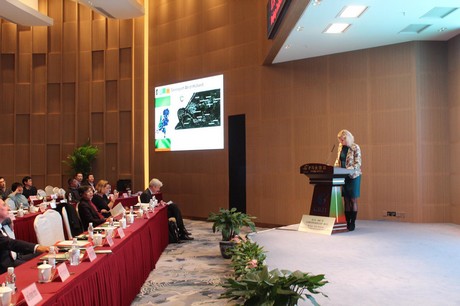 Alderman Zwinkels (Economic Affairs and Greenport) participated as deputy mayor of Westland, together with Westland greenhouse horticulture companies, educational institutions and companies from the Greenports, in a trade mission to China. The delegation was led by Deputy of the Provincial Executive of South Holland Adri Bom-Lemstra and Jaap Smit, the King's Commissioner of the province of South Holland.

The province of South Holland is an important partner of the municipality of Westland and Greenport West-Holland. The province of South Holland coordinates an internationalization strategy in the field of horticulture towards China and India. The aim is to further strengthen the cooperation in order to offer our business community and knowledge institutions an even better starting position in China. The King's Commissioner: "A world player like Westland cannot be lacking on this world stage." 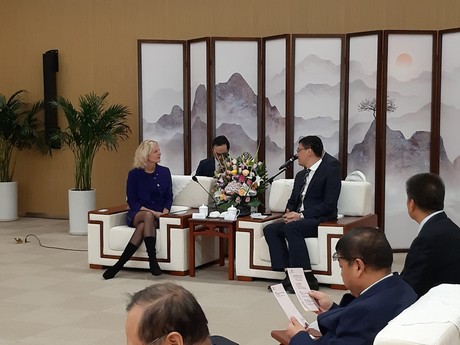 New generation of greenhouses
Urbanization and a sharply declining rural population are putting an increasing pressure on food supplies in China. To produce more and better food, a new generation of Chinese greenhouses is being developed, as well as agro-food parks and education, logistics and knowledge development facilities. Alderman Zwinkels: "This offers opportunities for Westland companies."

In a country like China, it is important that a government delegation travels together with the business community to establish contacts with the Chinese government and to visit projects. Alderman Zwinkels: "In this way the trade becomes official and doors will open for our companies."

Visit to the Yangling region
Deputy Mayor Karin Zwinkels took part in the Feeding and Greening Mega-Cities Seminar in Beijing and gave a presentation about the Westland horticultural cluster, education and health. Together with the companies she then visited three tech and agro-food parks in the Yangling region. Westland has a horticultural friendly relationship with Yangling and the region is seen as the breeding ground for Chinese agricultural and horticultural developments and agro-logistics with three leading agricultural universities.

The visit to Xi’an and Yangling gave the business community the opportunity to visit Horti demo centers and Agro-parks under construction, to establish contacts with the Chinese parties involved, building up capacity and discuss concrete forms of cooperation. 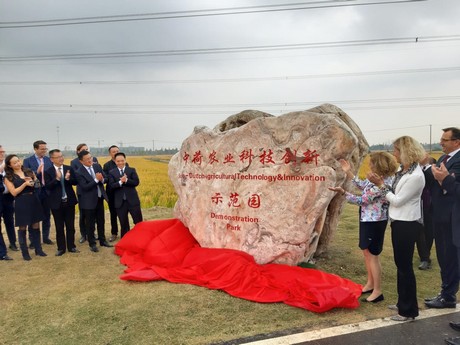 Agro-parks
Several agro-parks are currently being developed in Chinese provinces, whereby various Westland companies are involved. In addition to Xi’an and Yangling, alderman Zwinkels also visited the Jiashan region, with which Westland also has a horticultural friendly relationship.

Together with deputy of the Provincial Executive Adri Bom-Lemstra, companies and delegation members, Karin Zwinkels attended the launch of the Sino-Dutch agricultural technology & innovation Demonstration Park in Jiashan. This project is carried out by Dutch Greenhouse Delta, in which more than 20 Dutch horticultural and logistics companies are represented.

The greenhouse horticultural companies can demonstrate here the advanced greenhouses and horticultural technology so that fresh food, flowers and plants can be produced in the coming years. This production can be sold directly in nearby Shanghai. 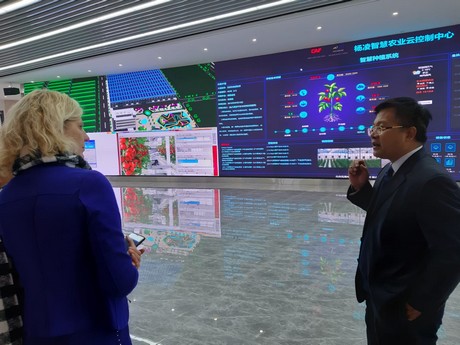 Knowledge exchange
For years, knowledge has been shared and there is collaboration at a scientific level between the Netherlands and China. Also at MBO level (Secondary Vocational Education) exchanges take place between Westland and Chinese students, among other things via Lentiz college. To further develop the knowledge in the field of greenhouse horticulture, high-tech applications, the sustainable cultivation of food and flowers, IoT and e-commerce, it is important to collaborate even better at MBO and HBO (Higher Professional Education) level. To develop agro-parks in the right way, well-qualified staff is needed and that starts with knowledge sharing between the business community and knowledge institutions and the development of structural training courses.

During this trade mission discussions took place on, among other things, the further development of appropriate education at MBO and HBO level related to cultivation, energy and water, so that in the future well-educated young people can bring Chinese food production to a high level in order to provide the Chinese metropolises with safe food. Westland companies and Dutch knowledge institutions can play an important role in this.

Westland companies indicate that the participation of the municipality in the trade mission is important in order to establish concrete contacts at the right level in China and to even better position Westland as a global player. "Because alderman Zwinkels was present during this trade mission, the bond with the Chinese parties was further strengthened and we were able to submit concrete plans on the forms of cooperation that will have added value for Westland as a global horticultural player," according to Harm Ammerlaan, Business Development Manager of BASF Vegetable Seeds.