"There have been delays for some crops, but there are no serious effects of the weather."

At the beginning of the month, the Spanish outdoor harvest was started at Behr AG, Germany's leading vegetable supplier. In Murcia, the harvest of iceberg lettuce started, followed by Mini Romana, Kohlrabi and Mini Wok Choi. Despite the capricious weather and enormous precipitation in late summer (September), the areas of the North German vegetable group have so far been spared major damage, Managing Director Rudolf Behr explained. 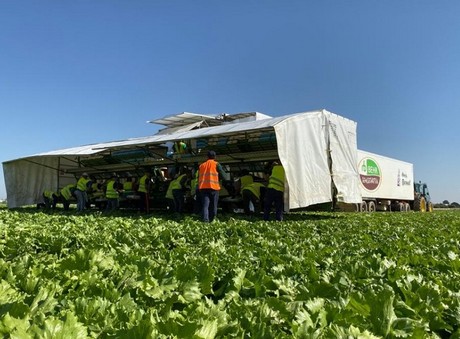 The first iceberg lettuce of this year's season was harvested in Murcia, at the beginning of November.

The stormy weather in the course of September was also noticeable at Behr AG's Spanish production facilities, but there were no serious material damage or losses, reported Behr. "The crops that had already been planted suffered minor losses, as we can see from the harvest quotas before and after the rain. For some cultures, there were delays, because the planting had to be interrupted because of the wet soil. However, there have been no serious effects."

Heat and drought at both sites
Climate change is creating problems for farmers and traders across Europe: Particularly with regard to outdoor cultivation, the influence of the weather - whether prolonged drought or precipitation - is extremely noticeable. "When we talk about climate change, we often mean heat and drought," says Behr.

For Germany, this year was the third driest summer since recordings started, although "most of us only remembered the rainy autumn. In Spain it is the same or even drier and hotter, so a shift of cultures from Germany to Spain does not make sense. Despite everything, Spain remains one of the most important winter production locations for vegetables in Europe." 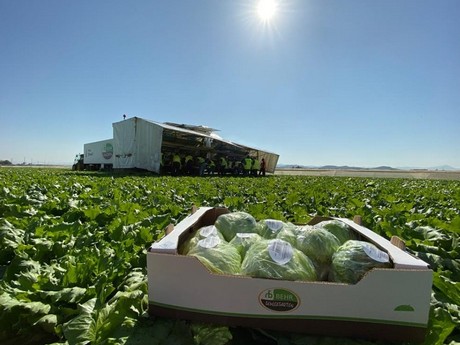 More stable price situation forecast
The general harvest forecasts are at a similar level to those of recent years, and perhaps a little less has been planted, says Behr. "There are indications that the years of losses suffered by producers have led to greater caution in cultivation and that there will be less overcrowding. The economic situation of Spanish producers is extremely tense, which has already had an impact on insolvencies. Overall, we expect the price situation to be somewhat more stable than in previous years." 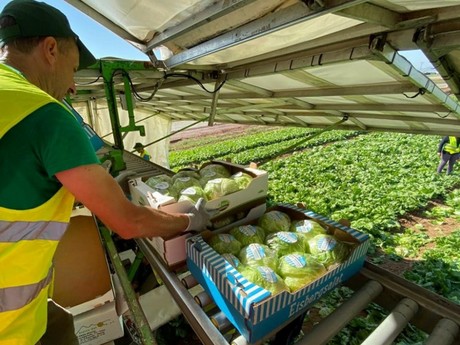 Fresh from the field, the lettuces are packed in cartons before being transported to Germany.

Organic courgettes on 16.5 ha
Overall, Behr observes that Spanish cultivation has hardly changed, and there are currently no particular trends or developments in the Spanish vegetable sector. "An internal innovation in our Spanish operation is the cultivation of 16.5 hectares of organic land, on which we currently grow yellow and green organic courgettes."

Repackaging in smaller packaging
According to the major supplier, there were also no major differences between the German and Spanish plants in terms of processing and sorting. "The pallet coefficients generally are somewhat higher than in Germany, in order to transport as little empty space as possible, in order to keep transport costs as low as possible. In addition, a closer look is taken at whether it is possible to switch to a smaller packaging option in order to also reduce transport costs. Overall, the products had grown in drier surroundings. This increases their shelf life, but makes the product less juicy and thus somewhat tougher," concludes the company.