The Australian tomatoes continuing to raise valuable money for charity

Flavorite's Cherry Burst tomatoes are proving to be more than just a snack, but rather a fundraiser for Australian charity, Maddie Riewoldt Vision and an educator for clean eating.

As in every November, Flavorite has begun donating 10 cents from each pack of Cherry Burst Tomatoes sold through Coles supermarkets to fund research into Bone Marrow Failure.

"Flavorite has been proudly supporting Maddie Riewoldt Vision for four years with $100,000 each year," Flavorite's National Business Manager, Sam Kisvarda said. "All this support helps Maddie Riewoldt Vision to find a cure for the syndromes that affect at least 150 young Australians each year. Currently 50 per cent of those diagnosed will tragically not survive." 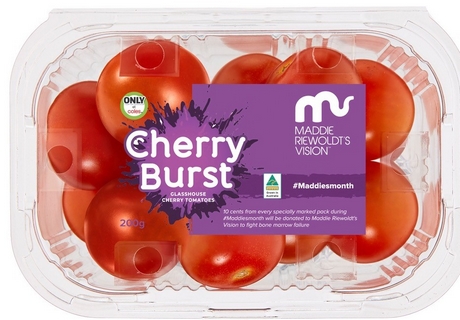 Last year, the company completed its 4.3-hectare glasshouse expansion at their Warragul site, allowing the company to expand not only the production of its tomatoes but also capsicum. Plans are also underway to expand the Northern Victorian growing facility in Katunga.

Each year, two million punnets of the Cherry Burst tomatoes are produced, to keep up with the growing demand.

"As our lives get busier and our need for clean eating grows, demand for fresh fruits like tomatoes is growing," Mr Kisvarda said. "We are continually working on innovative pack sizes and packaging, making it easier for consumers to reduce food waste and increase the ease of recycling." 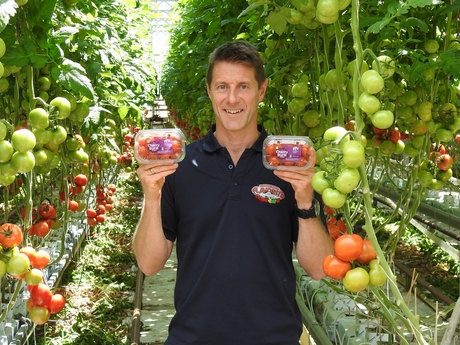 Flavorite also grows and distributes other glasshouses fresh produce like truss tomatoes, capsicums, Palermo peppers, eggplants and blueberries. All have the advantage of being grown in a glasshouse by using the most sustainable growing techniques.

"To taste the difference of glasshouse produce, you need to try it. Flavorite actively participates in community events where consumers get the opportunity to try the product and see the difference first-hand," Mr Kisvarda said. "Recently, Flavorite participated in the Little Food Festival highlighting Cherry Burst tomatoes. Appealing to the school-aged kids, the event was designed to educated about fresh food, where it comes from and the impact it has on our bodies and the environment." 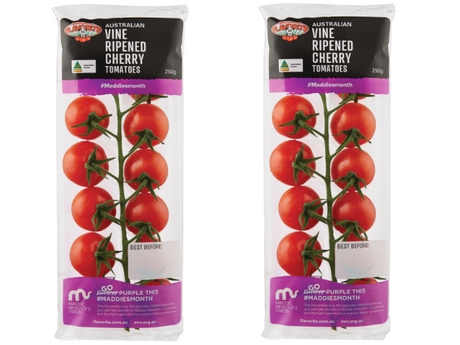 Along with specially marked cherry burst tomatoes, the purple packs of vine-ripened cherry truss tomatoes from Coles are also a participating product in Maddie Riewoldt Vision and qualify for the 10 cents donation.