"We haven’t built enough yet," Paul van de Mierop told us last December during the opening of a 7 hectares greenhouse. He was clearly telling it as it is, because last weekend the opening of another 10 hectares was celebrated with around 500 attendants. The new location will be named Salmmeir. It is a greenhouse with lighting this time, SON-T and LED top light, to grow 7.5 hectares of cherry truss tomatoes and cocktail tomatoes on the remaining area. 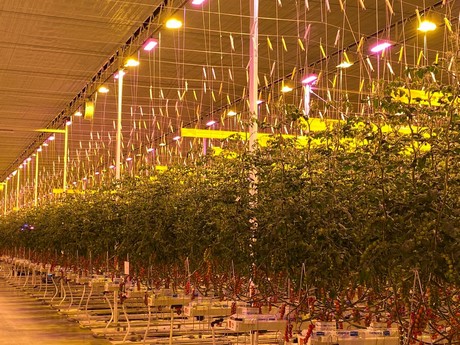 At this new location, officially 290 meters long and 344 meters wide, a combination of SON-T and LED-toplight

"It went really fast", Paul says after what was a "pretty fun party". "In mid-February we demolished the bio-installation that was on the plot, the first stone was laid in mid-April and the plants were put into the greenhouse on 23 September." A tight schedule, that was realized according to plan. "We have been harvesting for 10 days now."

Meanwhile, the plans for another 8-hectare greenhouse have also been completed, on a plot which in total is 38 hectares. "We are not yet completely certain about the construction of that greenhouse," Paul says, pointing out that the 10-hectare expansion was necessary to meet customer demand. “It is certain that we will not start the construction of that 8-hectare greenhouse in 2020. We are putting the further expansion on hold for a while to see what the demand will be in the future."

Packaging warehouse next construction project
Because Den Berk Délice is building a lot, the four managers (besides Paul also Luc Beirinkcx, Koen Lauwerysen and Hans van Gool) did decide to celebrate the opening of the newest greenhouse. "At first that was not the plan, but you still want to thank everyone involved and you also want to include the neighbors in the event, just like the city council." 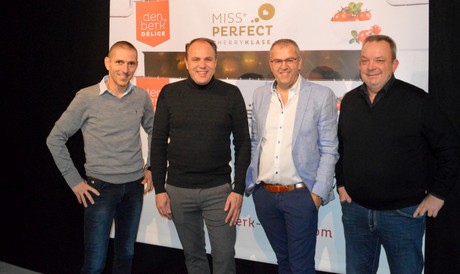 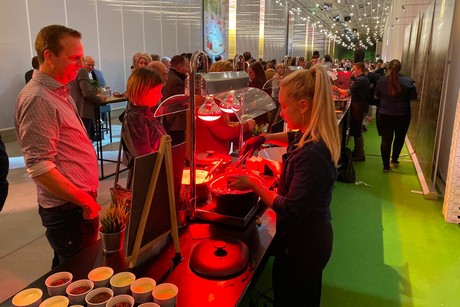 Food and drinks were provided