AppHarvest entered a new phase of construction at their facility in Morehead, where steel is quickly rising. "More than 200 of our 600 containers of construction materials have arrived on site, where our construction teams are nearly complete with grading and levelling 624,000 cubic yards of land. Day and night, they're always charging, and we're so proud of them as we work toward our opening next year", the team shares. 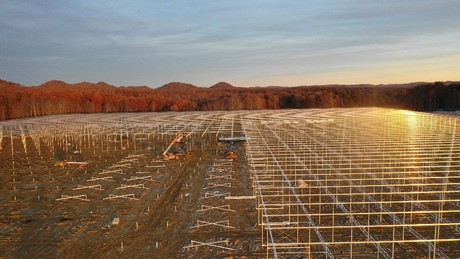 Their first high-tech indoor farm in Morehead, Kentucky, which opens next year, will allow for year-round farming and grow 30 times more fruits and vegetables on a single acre compared to traditional open-field agriculture. "Controlled-environment agriculture also eliminates chemical pesticides and uses 90 percent less water than traditional farming. The facility will run entirely on rainwater, which will be collected in a 10-acre on-site retention pond", they explain. 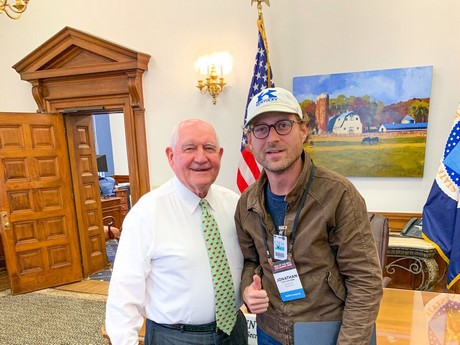 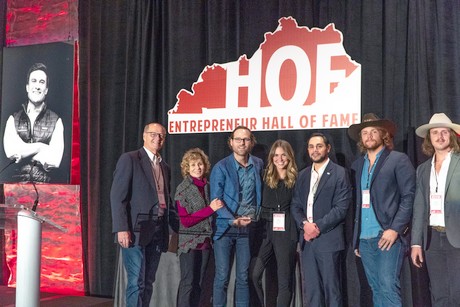 The Kentucky Entrepreneur Hall of Fame on Wednesday named AppHarvest Founder and CEO Jonathan Webb as Emerging Entrepreneur in its class of 2019 inductees. Webb addressed the crowd of more than 500 in attendance at the event and thanked legendary Kentucky entrepreneur Jim Host, who has served as his mentor since founding AppHarvest. Webb also thanked mentor Nate Morris, the founder of technology company Rubicon Global who himself was inducted as a member of the Kentucky Entrepreneur Hall of Fame after being named an Emerging Entrepreneur just five years ago. Webb cited his father as his lifelong entrepreneurial inspiration, describing how he sold brooms door to door within the state before launching his own material handling company in Kentucky. His father, who was in attendance, received a standing ovation.