"We are glad the sector followed us in cucumber promotion”

"We have reached the last of our cucumber recipe books, but our campaign is far from over," says Hedy Willems of Cucumber Nursery Willems. Due to the EHEC-crisis in 2011 and 2012, the company decided that the cucumber could use some positive publicity, and so they did. The book ‘Cucumbers’ filled with recipes received a lot of (media) attention. “Consumers began using cucumbers in their main dishes.”

Now it is down to the last few boxes of books, which is reason enough to offer both the Dutch and German versions of the book for half the price (5 euro). “Maybe it’s a fun gift to give during the holidays, to friends, employees or just for the people themselves”, says Hedy, who during the crisis quit her job in order to go campaigning. 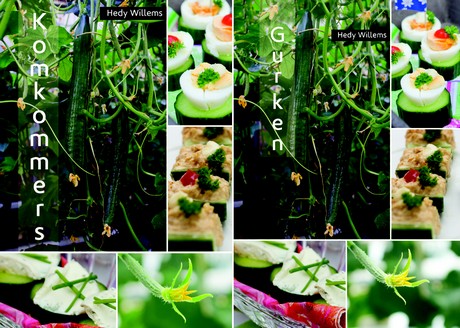 When ordering more than one whole box (25 books), Cucumber Nursery Willems will pay the shipping costs

With the help of colleagues, the campaign made it big
"I have been all over, from radio- and tv-programs all the way to the House of Representatives. We even cooked in our own greenhouse, right there between all the crops”, says Hendy enthusiastically. “This last thing is something that we will keep on doing, even though most people already know our recipes by now.  Because of this, we will come up with new ones, which we will again present on radio and television.” 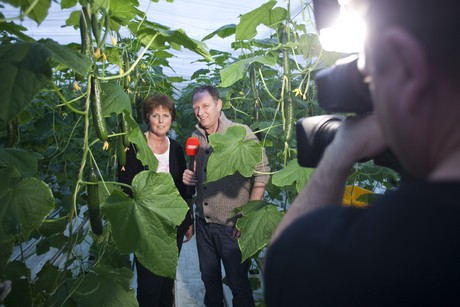 What also helps is the fact that Hedy doesn’t have to do things alone anymore. “I am delighted that fellow growers, auctions, and production organizations have taken it up as well. They started talking more about the possibilities of this beautiful product and about how we cultivate sustainable and healthy products.” 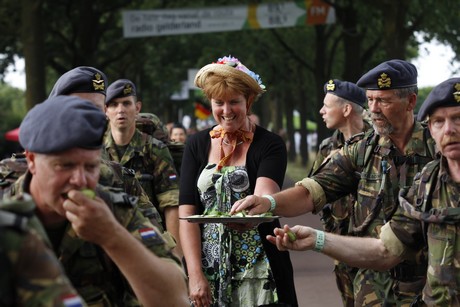 Hedy concludes. "Back then, during the crisis, we could have just given up, but we chose instead to give it our all, and we don’t regret a thing. It’s great that the recipes turned out to be a real eyeopener for the consumers, showing that cucumbers are not ‘just’ a side dish, but can be the main dish.”