Today Codema is opening the doors to its new office in Beijing, China. The official and festive opening took place this weekend already. The office is installed to help growers in the growing Chinese market.

How did Codema develop from a small company, which improved the logistics in horticulture at the end of the nineteen fifties, to a leading player which is now designing, developing and supplying all technical aspects within greenhouses on a global scale?

The first steps in automation
It all started in 1958. Having worked in their granddad’s greenhouse for many years, Herman and Huub Wooning founded HAWE in 1958. They took the first steps towards improving the internal logistics in greenhouses with container tables.

Codema was the first company to introduce electro trolleys for internal logistics in the early nineteen seventies and it took until 1975 before the first mobile container system was put into use. There was so much interest in this that Codema decided to also start supplying outside of the country’s borders. The first users reported that the mobile container systems had resulted in an impressive 40% saving in labour costs.

Takeover after takeover
The transition from machine builder to project designer, developer and builder was made in 1980. It took until 1998 for the company to end up in the hands of entrepreneur and visionary Maarten de Jager. He merged the company with aluminium manufacturer WEVAB when he took HAWE over from brothers Herman and Huub. The developments in digitisation really took off at the start of 2000 and the software supplier SDG was also taken over in 2002, enabling the company to play a meaningful role in this field too. Horticulture continued to develop and there was a constantly increasing demand for irrigation technology, climate control and energy and lighting from vegetable growers. The company responded to this with the takeover of B-E De Lier in 2011. The company continued to grow and opened offices in both Belgium and Germany.

All these developments resulted in a need for a clear corporate identity. The companies were officially merged and given one name in 2016; Codema. There was a renewed focus on food, horticulture, medicinal cannabis and indoor cultivation. 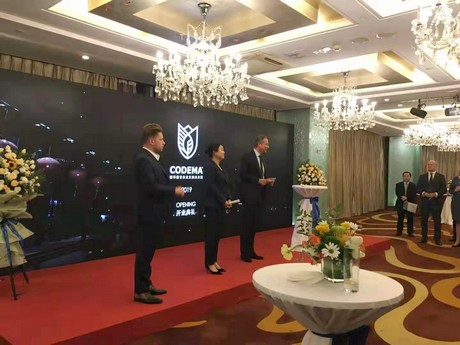 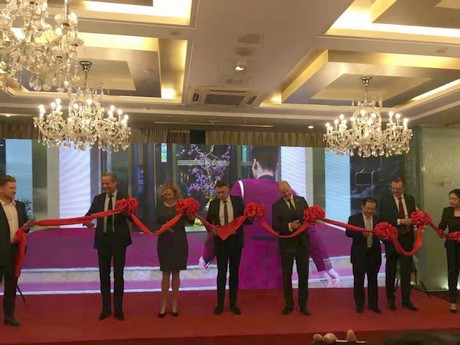 Local sales and service in China
The first milestone of these growth ambitions is now being celebrated with the opening of the Codema office in Beijing, China. The Chinese (high-tech) horticultural market has been experiencing double-digit growth for a number of years, which has also resulted in an increased demand for (Dutch) horticultural technology and automation. An office with local sales and service employees will be opened to allow the company to move along with the speed of the market and effectively respond to the demand for knowledge and efficient solutions. The office is a mere 30 minutes from the airport and is surrounded by various embassies and international organisations.