Bejo Seeds Inc. has a robust network of organic dealers. In 2019 there are 25 dealers purchasing organic seed. These dealers cover the US and Canada with a geography of 18 million square kilometers, 6 time zones, and a 50 degree swing in latitudes from 25 up to 75 degrees, with countless biomes in between. As one can imagine there is no ‘one-size-fits-all’ approach possible when dealing with this magnitude of variation.

Before we go further there is another important aspect to discuss, and that is Legislation. In simplest terms, the US government does not mandate use of organic seed in organic systems. So many of those 25 dealers still do the bulk of business in conventional seed. Trying to increase organic seed usage, often with higher seed price, to a grower who is not required to take it and can instead fall back on conventional and open pollinated selections, is a challenge for both the Dealer and for Bejo alike. This means the organic assortment has to be good – outstanding even – in order to get conventional and transitioning growers to look past price and end up on the side of quality organic varieties from Bejo. But how does Bejo do that? 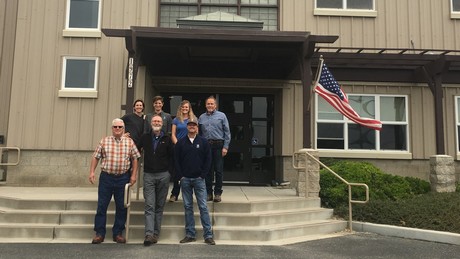 First result BSOT
Happily, now 18 months from their first meeting in February 2018, and with several well-attended conference calls in the books, BSOT has found a pace and even created a few tangibles:

A look into the future
The initial goal is modest – share regional organic updates on a reoccurring basis. This may seem simple but even with best intentions the seasons change, time in the field with both crops and customers is prioritized, sometimes meeting times are hard to come by. Looking towards the future the National Organic Standards Board has voted to change the National Organic Program requirements that farms must show continuous improvement of organic seed usage over time. As of April 2019 the proposal for Strengthening Organic Seed Guidance will go to the United States Department of Agriculture for final approval. With these legislative changes, coupled with Bejo’s commitment to organic integrity and production, and united by a committed team in BSOT, they are poised to embrace the diversity and enrich the livelihood of the North American organic seed market.

"Just like a healthy ecosystem, the strength in the organic sector always has been and always will be in its diversity."