looking back on a decade of NGG

From cars to horticulture
Time for a rewind. Back in 2009 in the Netherlands a commercial was aired to urge drivers to change their behaviour on the road to both save fuel and save money. This also was the focus of Eric Poot and his colleagues with Wageningen UR, who by then already did a lot of research into what was called 'Conditioned Growing': growing in semi-closed greenhouses and using less resources. Inspired by the advertisements for "Het Nieuwe Rijden" (Next Generation Driving), Eric Poot launched Het Nieuwe Telen: Next Generation Growing - nowadays also known as NGG.

In the beginning, there was a step-by-step plan, aimed at saving energy by applying (new) techniques step-by-step. Using maximum isolation went hand in hand with de-humidification using outside air.

Eventually, NGG turned into a way of growing based on the plants' needs and behavior, using physics to find out what these are. The balance of the crop is now the starting point.

"Before, we mainly focused on techniques in order to save energy, but then we shifted our focus to the behavior of the plant, using physics to explain this behavior. This insight was one of the most important findings at that time", says Jan Voogt with LetsGrow.com, who has been a part of NGG from the start. 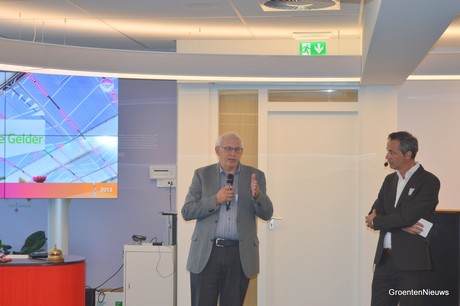 Arie de Gelder, co-author of the report that formed the basis of NGG, interviewed by Eric Poot

What does this mean?
Interesting words, but what does the use of physics in your greenhouse mean for growers? Aat Zuijderwijk, who grows gerberas with his company Zuijderwijk & Witzier, has over the years reduced his gas use by 2/3. In a video he explained how he managed to do so (in Dutch).

"Gerbera cultivation has changed drastically over a relatively short time. Within a couple of years we started using grow lights and screens and even though we have a green thumb, developments like these turned out to be too much to anticipate by ourselves. That's why we reached out to science, to Jan, Peter and the others."

Aat explains how they used smoke tests to find out how the air moves within the greenhouse and how sensors are used to measure the climate at plant-level, something different than in the climate computer or measuring box.

"We found out how important open stomata are and how we can use fog to keep them open. Then the air movement turned out to be of major impact in the night, to keep the micro climate even. Also we wanted to reduce radiation", says Peter. Aat adds how all this helped them to set new boundaries for growing gerberas. "That's something we can be proud of." 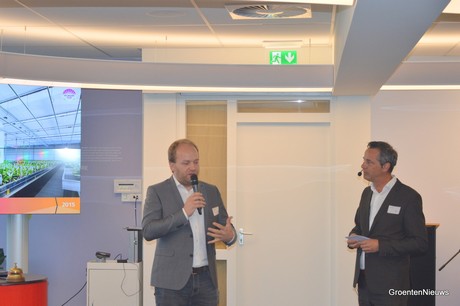 NGG in tomatoes
Also in vegetable growing NGG pushed boundaries. Eric Vereijken with Vereijken Kwekerijen showed how the cultivation in his greenhouse changed thanks to NGG.

"When we wanted to expand our greenhouse back in 2009, we also knew we wanted to reduce our energy use and make better use of screens. However, using double screens would end up in a humidity problem. Our goal was to find a way to make it possible anyhow."

Optimizing isolation has always been a focus point of NGG, but back then there was less knowledge on how to deal with the higher humidity it would result in. "We tried out several things and eventually based our own system on physics in order to develop a system that made it possible to reduce the humidity in the greenhouse. It includes actions with the ventilation and the growth pipe: a warmer growth pipe means you'll also have to deal with a higher humidity, so we had to adjust our window settings instead of just heating up the growth pipe. Eventually we've gotten a better understanding of our system and that led to better results in our crop."

Export of NGG
NGG has become a globally known growing strategy, as was shown by Patrick de Craen with Family Fresh Farms. He moved to Australia to join this company and took the NGG knowledge with him. When he's back in the Netherlands or is in touch with suppliers from a different company, he can speak the NGG language. "To me that's talking data instead of gut feeling." 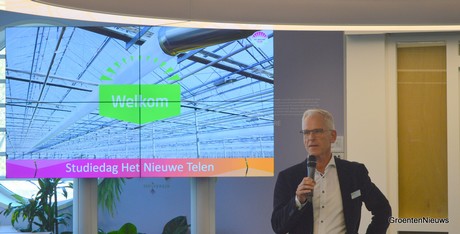 Screening
NGG is not a finished product, by the way. NGG has been under constant development. Also Eric Vereijken confirms there's still a lot to learn. "It's an ongoing journey. We nowadays try to find new ways to use the screens and reduce heat radiation. By closing the screens for 80% when the radiation is too high, we want to make sure the head of the plant remains warm but the greenhouse won't heat up further."

Also the techniques and the supplies being renewed play an important role in this. Ton Habraken from screen supplier Ludvig Svensson explained how NGG also helped the company create better screens. "Thanks to the new knowledge we no longer have to develop screens with both light transmittance and insulating effects, compromising on one of them, but can focus completely on making the best screen possible for one of these characteristics."

Future of NGG
Also in the discussions that took place during the afternoon it became clear there's still lots of knowledge to discover. How about using NGG as a way to reduce the use of crop protection? How can focusing on the plants, using physics, result in a way to reduce the plant stress? What can physics teach us about the opening and closing of stomata? How can we use screens better, what can electricity mean for the industry, how will LEDs help us further reduce the use of resources and how can the available CO2 be used better?

Also NGG is getting broader, and more circumstances are taken into account. Nowadays the root system is incorporated more and more in projects. "A plant cannot be happy above ground if it is not right below ground," is the thought behind this belief. Also opportunities are believed to exist in ecology, fertilization, plant health, resilience and water consumption, as was shared by growers and crop advisers. In the coming ten years, Next Generation Growing will be characterized even more than in previous years by a broad interaction between cultivation disciplines. 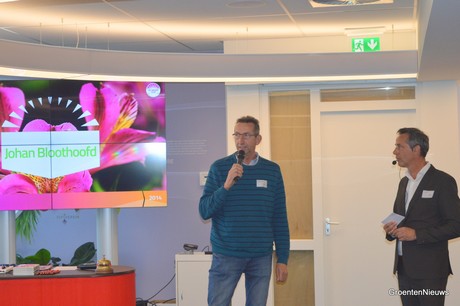 One of the courses