US: Hearing highlights challenges and opportunities for organic producers

Organic farmers from across the country, representing a diversity of size and scale of operation, were at the October hearing. Topics of discussion included but were not limited to: challenges of organic certification, access to research funds, organic agriculture’s scalability, and opportunities for growth in the sector. Both witnesses and lawmakers spoke of the need to support organic standards and integrity in order to uphold consumer trust in the organic seal. Witnesses also underscored the importance of continued consumer education on the benefits of organic agriculture, in particular, how organic agriculture differs from non-organic systems of production. 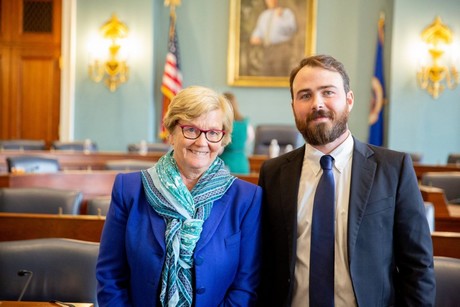 Subcommittee Chairwoman Representative Stacey Plaskett (D-VI) opened the hearing by highlighting the Committee’s support of organic provisions included in the 2018 Farm Bill, including increased funding for the Organic Agriculture Research & Extension Initiative (OREI), continued support for the National Organic Certification Cost Share Program (NOCCSP), and the expansion of the U.S. Department of Agriculture’s (USDA) authority to crack down on bad actors undermining the integrity of the organic industry via fraudulent imports. Representative Plaskett also highlighted the importance of thriving markets that offer high premiums to producers, like the organic market, given the struggling and uncertain farm economy that growers currently face. Subcommittee Ranking Member Representative Neal Dunn (R-FL) echoed the Chairwoman’s opening remarks, and reminded organic producers that they have allies in Congress.

Challenges in organic agriculture and certification
In their opening statements, Whalen and Brin each detailed some of the challenges facing organic agriculture for the Committee Members. Whalen raised concerns about climate change, increasing competition from development, difficulty in accessing affordable farmland, and the need for increased federal support to incentivize transition to organic as some of the key challenges facing beginning farmers like himself. Brin focused on the issues of mislabeling of both domestic and imported products, as well as the limited support given to outlying American communities like those of the U.S. Virgin Islands. More inclusion of and support for insular territories in the organic sector, along with stronger enforcement of organic regulations to maintain the integrity of the organic industry were raised as key areas USDA must focus on improving.

Echoing Brin’s concerns around mislabeling, Huckaby called for regulation of fraudulent organic imports. He explained in his testimony that foreign products labeled as organic may not have had the same level of scrutiny and standards that organic producers have to meet in the U.S. Both Whalen and Brin stressed the importance of expanding local food systems and the need for stronger consumer and producer education around organic practices.

Whalen used his time in front of the Committee to home in on the issues facing young and beginning farmers, as well as the need for continued support of organic agriculture research. He spoke of critical land access barriers that farmers, particularly beginning farmers, have to overcome to enter the industry. Some of the major barriers cited include: competition from development, increasing cost of land, and the lack of succession plans from retiring farmers. Sharing with the Subcommittee his experience in Maine, he described how fellow farmers in the area are losing their farms due to a lack of access to land rather than a lack of market opportunities. In order for young and beginning farmers to thrive in the organic sector, Whalen stressed that solutions to dismantling land access barriers must be identified. In response to Representative Salud Carbajal’s (D-CA) question regarding the impacts of the relocation of the National Institute of Food and Agriculture (NIFA), Whalen suggested that the relocation may limit access to research funds and thus hinder the continued growth of the organic industry.

Questioned about the responsiveness of USDA to organic producers’ needs, Brin acknowledged the National Organic Certification Cost Share Program (NOCCSP) does help in offsetting some of the costs of certification. However, she also pointed out that the $750 cost-share payment is not nearly enough to offset costs of up to $4,000 that an organic producer like herself has to pay on a yearly basis to maintain certification. She also called for more USDA presence, recognition, and promotion of organic agriculture in the U.S. Virgin Islands, and for lawmakers and USDA to revisit how the agency responds to farmers after natural disasters. Brin suggested, for example, that loan and reimbursements programs might not be the best tools to help farmers during times of crisis.

The National Sustainable Agriculture Coalition (NSAC) has raised concerns time and again regarding the relocation of the Economic Research Service (ERS) and NIFA, and continues to urge Congress to act against the ill-conceived proposal. Throughout the hearing, Whalen highlighted the value of research programs, such as the Sustainable Agriculture Research and Education Program (SARE), in supporting organic farmers learn more about best practices to build healthier soils. He called for continued and increased investment in OREI, SARE, and the Organic Transitions Research, Education, and Extension Program (ORG).

Opportunities for growth
While the witnesses were vocal about the challenges around organic certification and issues facing the industry, they also highlighted opportunities for growth. When Representative Jeff Van Drew (D-NJ) asked about opportunities for young farmers trying to enter the organic industry, Whalen pointed to localized food systems and direct marketing. He highlighted Bumbleroot’s CSA program, his participation in local farmers’ markets, and farm-to-table initiatives that directly supply local restaurants and caterers as examples of the success he has found in localized food system.

In response to Representative TJ Cox’s (D-CA) question on which programs have helped young farmers get started in organic farming,  Whalen shared how the Beginning Farmer and Rancher Development Program (BFRDP), the Environmental Quality Incentives Program (Program), and the Agricultural Management Assistance (AMA) program have helped him succeed. He explained that the training he received through Maine Organic Farmers and Gardeners Association (MOFGA) – an NSAC member – which is supported by BFRDP funding, helped him learn essential farm business planning and record keeping skills. Whalen has also received training from Maine Farmland Trust (MFT) – another NSAC member – on wholesale retailing. Through EQIP, Whalen received grants to build high tunnels that enabled him to extend his growing season and provide organic produce to local vendors throughout the year.

Representative Chellie Pingree (D-ME) asked the witnesses to respond to the issue of scale in the organic sector, referring to comments made by USDA that suggested farmers should “get big or get out.” Pierson, an organic dairy farmer in Oregon, stated that there is room for all different size operations in the organic industry as long as all producers are playing by the same set of rules. His statements echoed previous comments from NSAC, which underscore that consolidation is not inevitable. Huckaby, who is President of the largest producer of organic carrots in the U.S., asserted that there are opportunities in the organic market for the smallest producers and for the largest ones, too.

On the same topic of scalability, Representative Cox asked whether organic farming can be scaled up to meet growing demand. Huckabee responded that Grimmway Enterprises has proven that scalability is possible for organic production, and explained that the operation now grows and harvests as much produce organically as they used to do conventionally. When Representative Rodney Davis (R-IL) asked about why it’s important to have strong organic standards,  Huckabee reminded the Subcommittee that enforcement is key to the integrity of the organic seal and urged for consistency in strict rules and regulations for the organic market to maintain consumer confidence.

Final thoughts
All the witnesses agreed that fraudulent organic imports were among the biggest threat to the organic industry, and many suggested that the threat could be mitigated through stronger enforcement and regulation. Greater consumer education on what organic means and incentives for growers to transition into organic production, in addition to the continuation and expansion of vital programs (like BFRDP, EQIP, SARE, and ORG) were all highlighted as means to continue growing the organic sector. The underlying message of the hearing that we were left with was that the continued success of the organic industry depends on maintaining strong consumer confidence in the organic seal.

The 2017 Census of Agriculture reported robust growth in organic production over the last five years, including a 39 percent increase in certified organic farm operations in the U.S., as well as an increase in organic sales. NSAC fought with our allies to secure increased investments for organic research in the 2018 Farm Bill (permanent funding was provided for both OREI and ORG), and are pleased to see USDA expanding its support for the sector. There are, however, many lingering concerns regarding functionality and funding of key organic programs. It is clear that as more farmers begin to transition to organic, more investment from Congress and support from USDA will be needed.