"Tailor-made training program in Bangalore is a huge success"

Three years ago, HollandDoor came in contact with a family in Bangalore that had a mission: contributing to the rural development in Karnataka, India, by offering a Practical Training and Service center, called AgroTie, for farmers. The center would offer the rural community a place to gain knowledge, expertise and support in innovative cultivation strategies and value chain approaches. 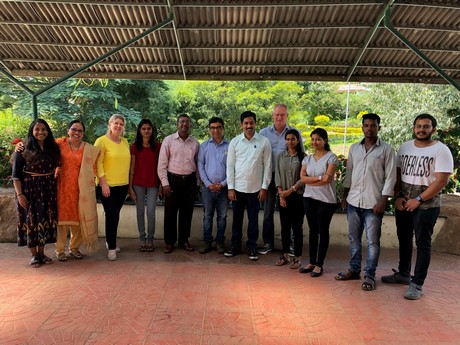 A lot has happened over the last three years. Several meetings were held in Bangalore and the Netherlands. A business plan was developed and the first rough drafts of the center were discussed. PUM advised and guided during the establishment of a 3000m2 greenhouse. HollandDoor supported the efforts and trained the newly recruited staff with financial support of Nuffic. All kinds of services were developed in a relatively short period of time, such as the production and sales of high-quality seedlings, linkages between farmers and market players, showcasing the cultivation, sorting and grading of the produce, and of course advising and training of farmers. 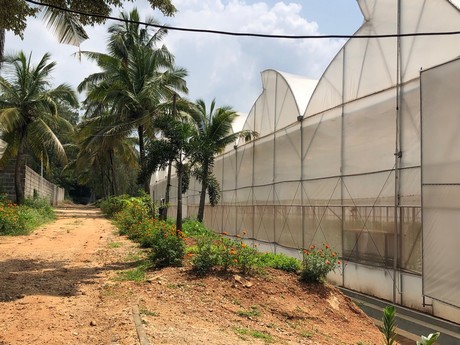 A year ago, the training program started. During the trainings not only the newly recruited staff of AgroTie participated, but a team from AgroStar also attended. AgroStar offers an app for farmers that contains educational content and an e-commerce store. The app is downloaded more than a million times and is supported by their advisory call-center.

Several training weeks were conducted in India and the Netherlands. In between each training week a local expert, Tarannum Kadarbhai, discussed with the trainees everything that was learned in the training modules and how to convert the learnings into advice for farmers. 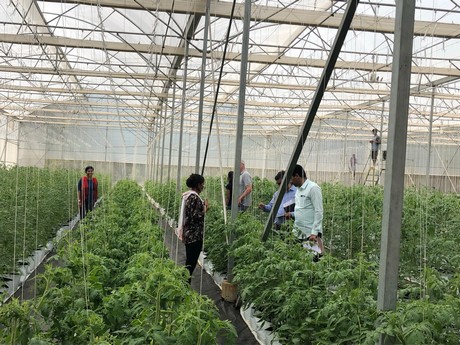 What was the result of this training program?
The young team of AgroTie was quickly able to learn from the trainings. They currently manage the greenhouse which produces many types of vegetables. Moreover, they have developed Whatsapp groups to inform farmers and have shown a high level of knowledge and confidence in the trainings they offer. Further, through AgroStar’s online app, thousands of farmers gained valuable information.

For the coming years, HollandDoor, AgroTie and AgroStar are working on programs to improve the linkages between farmers and end-markets in order to add value and to reduce waste.

All the organizations involved would like to thank Nuffic for making this program possible.