The Prime Minister of Kazakhstan, , Askar Mamin, visited the Netherlands on Wednesday 30 October. He was visiting our country at the invitation of Prime Minister Rutte. Since high-tech horticulture is becoming increasingly important in Kazakhstan, Mamin visited World Horti Center. The 14-member delegation - which included the Prime Minister, the Minister of Agriculture Omarov Saparkhan and the Trade Minister Bakhyt Sultanov - were introduced to leading businesses in the sector at the innovation centre. Mamin was given a tour of World Horti Center (WHC) by Joep Hendricks,  director of the WHC, and Bouke Arends, mayor of Westland. 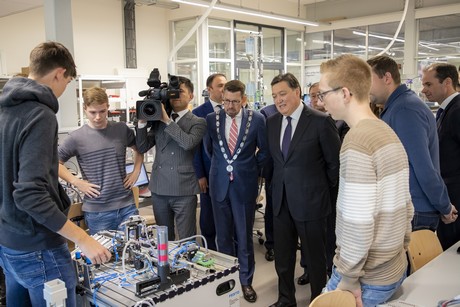 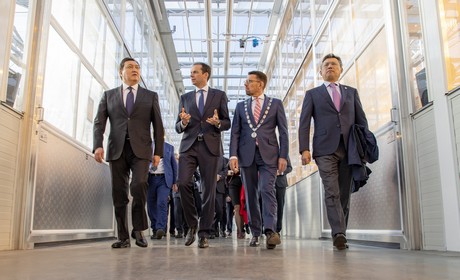 The visit to World Horti Center established contacts with potential partners including Van der Ende Groep, Codema Systems, Ludvig Svensson, BOM Group and Priva. One focus of the visit was the exchange of knowledge between students and businesses, such as in the All Climate Greenhouse where the latest technologies were demonstrated. Attention was also paid during the tour to the power of collaboration and the importance of well-trained personnel.

In the afternoon an agreement was signed in the presence of Prime Minister Rutte and Prime Minister Mamin for the construction of an agropark in Kazakhstan involving seven Dutch greenhouse horticulture companies. As members of Dutch Greenhouse Delta they have formed a consortium to create this agropark. 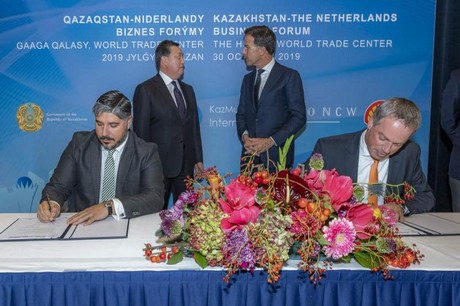 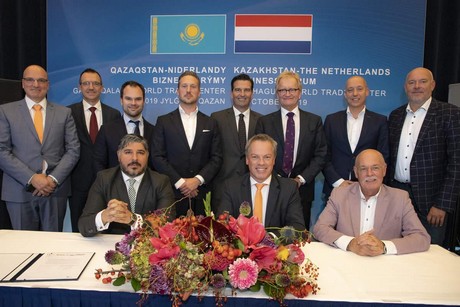