"There are no roads and we do not even know how to reach our land. Both the structures and crops have been damaged. The water is not draining, so things are bad," explains Enzo Denaro, from a production and commercialization company in Ispica, following the storms on 25th and 26th October. 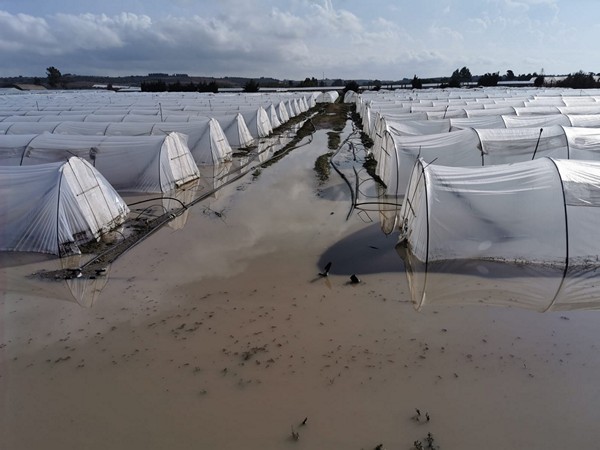 "The strength of the water even dragged away the electricity pylons. Rivers and canals have not been cleaned, so the water could not flow properly - bills, including that from the land reclamation consortium, do come in punctually though. The neglected land is indeed a problem, though we must say the weather event that hit the area between Ispica (RG) and Rosolini (SR) was the strongest we have had in years." 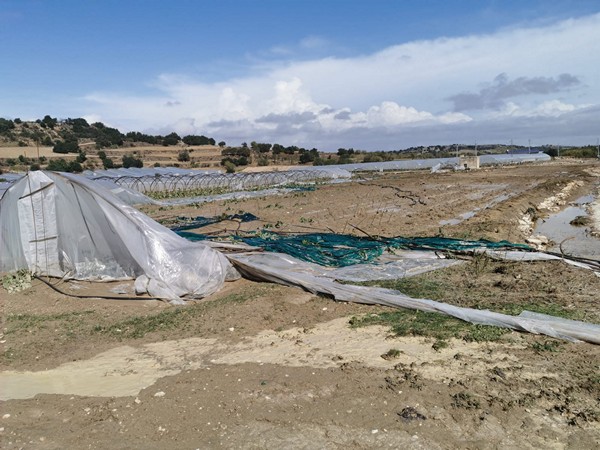 "I lost 30% of my production and believe at least a third of the local crops was damaged - carrots and artichokes in particular. The hail also damaged greenhouses and polytunnels."

It will only be possible to assess the real damage over the next few days and weeks. A huge sinkhole occurred in Ispica and the roads and houses must be secured. What is more, the primary and secondary road network must also be reinstated and of course, logistics will be heavily affected. 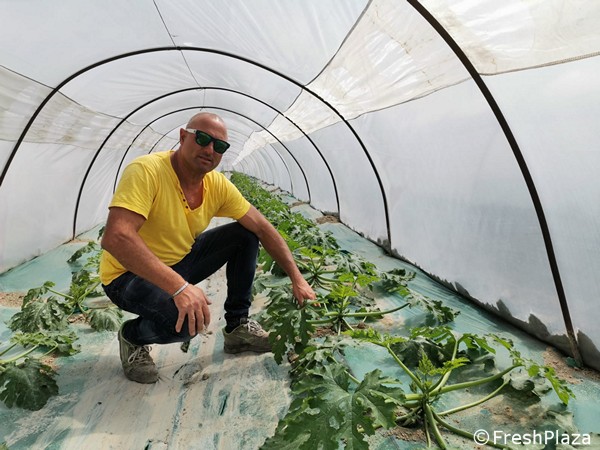 Above: Enzo Denaro in a zucchini polytunnel, archive photo. Plants did not have the time to produce as they should.

"We are expecting water to drain so we can salvage what we can and carry out new transplants where possible so as to mitigate our losses. I hope none of the authorities come to visit, as they should take care of the territory throughout the year, not just show their faces for political advantage."