Producing heat locally and at low cost
Every year, the 10 hectares of vegetable greenhouses built alongside the Econotre centre are supplied with 25,000 MWh of thermal energy. This recovered heat supplements the 120,000 MWh of electricity already generated by Econotre (equivalent to the consumption of 21,300 homes) by burning 192,000 tonnes of waste. 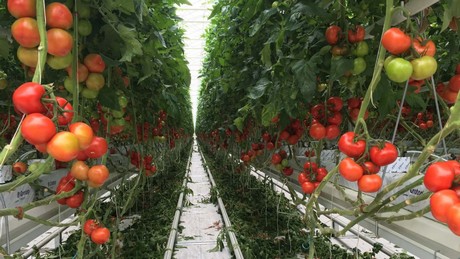 This processing method exploits the energy generated by burning the waste to produce electricity and heat. Econotre uses the heat released by burning the waste in ovens to produce electricity with a turbo-alternator. Since 2016, the low-temperature energy still available after combustion has been recovered to supply heat to the vegetable greenhouses built alongside the site, rather than being dissipated in the atmosphere.

A model for the circular economy
"This is a circular economy model," declares Gaël Spitz, the SUEZ director of Econotre. Reusing 25,000 MWh per year saves the equivalent of 2,200 tonnes of oil and 6,000 tonnes of CO2. This has created a new activity that has generated 100 jobs, and the tomatoes are consumed locally."