"Jointless tomato has the potential to boost production"

The first jointless tomato variety has been announced in the Rijk Zwaan range. Last year, Santiana RZ was trialled on a small scale for the first time. This variety proved to be a nice open crop, making it easy to work with. Santiana produced a high fruit weight which it maintained all the way through to the end of the season. This year, in larger trials, the results until mid-August have been very positive. 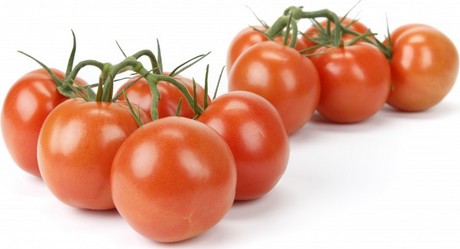 'Very promising'
This year, Santiana is being trialled on a large scale at various sites in both the Netherlands and North America, including under artificial lighting. The results so far are very promising, according to Rijk Zwaan. "On the basis of the findings, Santiana RZ produces a higher fruit weight than the reference variety for large TOV tomatoes. It also performs well in terms of shelf life, and Santiana’s nice red tomatoes with excellent green parts are visually eye-catching.

"It is a generative, open crop with horizontal leaves. The variety delivers nice trusses with evenly spaced fruit. The plant has sufficient strength and flower production to allow pruning to six fruits during some parts of the season. Santiana also responds well to increasing light; whereas some varieties struggle, it actually makes Santiana stronger."