In a report, the Dutch Food and Consumer Product Safety Authority (NVWA) provides more details about the discovery of the Tomato brown rugose fruit virus (ToBRFV) in vine tomatoes at a greenhouse horticultural company in the Westland, the Netherlands.

Among other things, it is reported that the infection was found on 7 October in a 2.8-hectare greenhouse, whereby 8% of the plants showed symptoms. Moreover, the tomatoes also ripened more slowly.

A contamination with the Pepino mosaic virus (PepMV) has also been found in the crop. The symptoms may also be from the PepMV virus or from a mixed infection of both viruses. 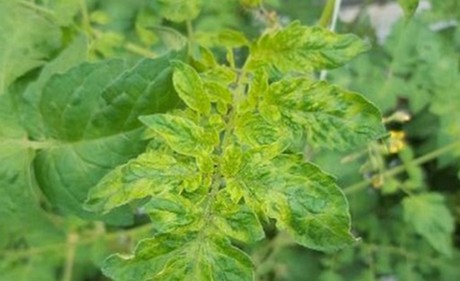 The NVWA states that the suspected infection with ToBRFV is based on DAS-ELISA, biological tests and real-time PCR test results. The first symptoms were observed by an inspector on October 1, as part of a specific investigation among Dutch growers. The source of the infection is unknown. A tracing study is being conducted to identify the potential source of the virus outbreak.

Earlier it was a 'serious suspicion'. In addition, a second suspicion of infection is now reported, also in Westland. Reason for the NOS and other national media, including De Telegraaf, to now also report about the virus.

NVWA research
According to Schouten, the NVWA is currently fully tracing the source of the virus. This investigation is still in full swing. The NVWA also holds administrative consultations with representatives of the sector and information meetings are organized for growers to inform them as well as possible. The Netherlands has also informed the European Commission.

A find at a tomato grower does not require the entire greenhouse to be cleared. However, strict hygiene measures are imposed on the company to prevent further spread. The company must submit a plan of action for this to the NVWA for approval. The NVWA monitors compliance. The fruits that are not affected can simply be deposited.