A new innovative plant propagation system that can be used for all propagation methods is proving to a big hit with Australian horticultural companies, according to its international distributors Klasmann-Deilmann.

The company supplies the Growcoon, which is a growth and seed plug produced by Maan Biobased in the Netherlands, and the Australian representative for Klasmann Deilmann, Mr Peter McDiarmid, says it is an ideal addition to the existing Klasmann-Deilmann substrate business. The company is a global leader in the substrate business and has been operating in Australia since the early 1990s, supplying all segments of the nursery industry. 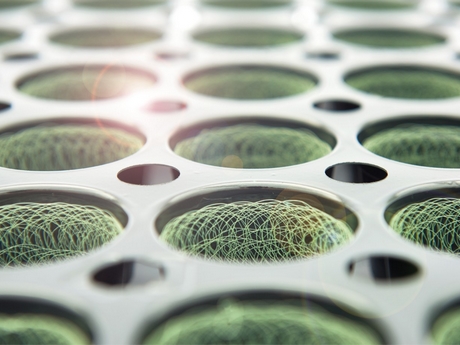 The Growcoon has a stable open net structure and is made from a 100% biodegradable polymer which is approved for organic growing. It can be used with all propagation systems such as sowing, cuttings, grafting, tissue culture and hydroponic systems. The Growcoon is suitable for a wide range of standard trays and can be placed into the tray either manually or automatically using a dispenser that can be connected to the tray filling line.

"It is an insert that fits into horticultural trays and it is one option for propagation," Mr McDiarmid said. "It has some good advantages in that it is fully biodegradable and has an open net structure, which allows the plants to develop its roots freely to form a strong and stable root ball in a short time. Shorter cultivation cycles and highly efficient transplanting reduce costs for growers. The Growcoon also allows you to loose-fill the trays with your substrate of choice, which is a big advantage over alternative propagation systems that work with pressed or stabilised plugs with more densely filled substrate."

While the Growcoon has been available in Europe and North America, it has only been on the market in Australia for just over 12 months. 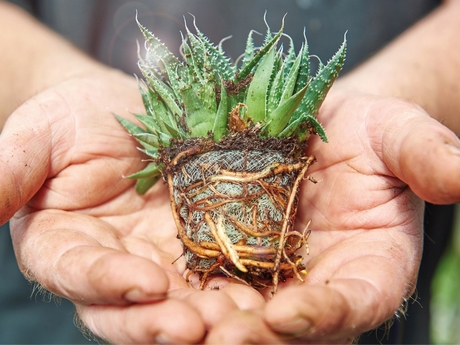 "It took some time to get the trials done, which have been very successful," Mr McDiarmid said. "But we are now at the stage where we have some large propagation nurseries who have adopted the system, which should be fully implemented by later this year, including in some cases, the use of the automatic dispenser to place the Growcoon in the tray. Two of these nurseries in Victoria; Mansfields Propagation Nursery, and Humphris Nursery will be using the Growcoon system to propagate young plants, and then transplanting some of these young plants into a larger Growcoon for transplanting into larger pots."

"The feedback has been excellent, and they see some good advantages, particularly implementing it with automation in the nursery. So easier transplanting, stronger root balls, and stronger plugs. There's lots of advantages, not only in terms of root growth in the Growcoon, but also in the logistics in the nursery; quicker processes and faster turnaround times. So, there's a lot of additional advantages on top of the growing advantages."

There are 10 'off the shelf' standard sizes of the Growcoon available to fit different tray sizes ranging from 16 cells through to 252 cells. There is also the option to make a custom size if customers have a special shaped tray or cell and the quantity is sufficiently large to justify the additional cost of custom production.