Use of saline water to irrigate crops would bolster food security for many arid countries; however, this has not been possible due to the detrimental effects of salt on plants. Now, researchers at King Abdullah University of Science and Technology (KAUST), along with scientists in Egypt, have shown that saline irrigation of tomato is possible with the help of a beneficial desert root fungus. This represents a new key technology for countries lacking water resources.

“Salt in irrigation water is one of the most significant abiotic stresses in arid and semiarid farming,” says former KAUST postdoc Mohamed Abdelaziz, who worked on the project team alongside Heribert Hirt. “Improving plant salt tolerance and increasing the yield and quality of crops is vital, but we must achieve this in a sustainable, inexpensive way.” 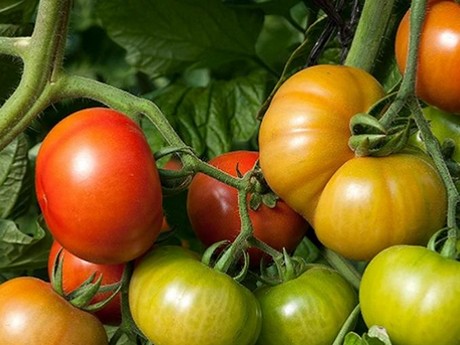 The root fungus Piriformospora indica forms beneficial symbiotic relationships with many plant species, and previous research indicates it boosts plant growth under salt stress conditions in barley and rice. While initial studies suggest the fungus can improve growth in tomato plants under long-term saline irrigation, the mechanisms behind the process are unclear. Also, little is known about the fungal-plant interaction throughout the entire growing season.

“Plant salt tolerance is a complex trait influenced by many factors,” says Abdelaziz. “The salt-tolerance mechanism depends on the correct activation of salt tolerance genes, stresses on cell membranes and the buildup of toxic sodium ions. We monitored growth performance over four months in tomato plants colonized with P. indica and in an untreated control group, both grown commercial style in greenhouses. We examined genetic and enzymatic responses to salt stress in both groups.”

The main threat to plants under salt stress is the buildup of sodium ions, which affects plant metabolism, and leaf and fruit growth. For example, excessive sodium in shoots and roots disrupts levels of potassium, which is vital for multiple growth processes from germination to enzyme activation.

The team showed that colonization by P. indica increased the expression of a gene in leaves called LeNHX1, one of a family of genes responsible for removing sodium from cells. Furthermore, potassium levels in leaves, shoots and roots of the P. indica group were higher than in controls. P. indica also increased levels of antioxidant enzyme activity, offering further protection.