"New greenhouse equipped with all the conveniences needed to grow herbs"

Van Vugt Kruiden's newly constructed building has been a long time coming. The journey began as far back as 2007 for this herb grower from Ridderkerk in the Netherlands. Back then, they were informed that their current site would be appropriated. It had to make way for the Nieuw-Reijerwaard business park.

The grower eventually found a new home, one kilometer from this new address. After a drawn-out period of litigation, Van Vugt finally got the green light. At the start of 2018, the Dutch State Council gave them the go-ahead. They began construction of the new building in April of that year.

They moved into their new building in May of this year. And on Saturday, 28 September, Van Vugt Kruiden celebrated the official opening of this long-awaited building. Family, business partners, horticulturalists, and clients were all invited.

"We had to wait ten years for this. Technology also did not stand still in the meantime. So, we have been able to fit the new location out with all the latest gadgets," says Maya van Vugt. She spoke on behalf of the Van Vugt family, thanking their staff, clients, and business partners. 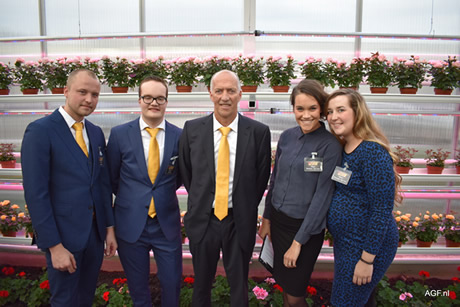 The Van Vugt Kruiden's new greenhouse is equipped with all the conveniences needed to grow herbs. For example, there is a gas-free greenhouse heating system. The 1,500 solar panels combine with the cooling cells' residual heat.

These are then combined in a sophisticated design. This design has lower temperature networks, integrated into a combined LT and HT heating system. This system does not only warm the greenhouse. It also makes the demo greenhouse and the office space nice and toasty. 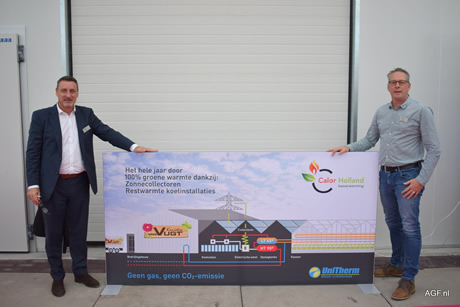 Piet van Vugt began this herb company in the 1990s. It has since grown into one of the largest players in the fresh, cut herb market in Europe. In 2003, it was decided that the company would do its own sales. From then on, Van Vugt has been directly supplying not only Dutch supermarkets. They also supply the local hospitality industry as well as overseas supermarkets, hotels, restaurants, and caterers. In 2005, Van Vugt Kruiden added edible flowers to its assortment of freshly cut herbs. They grow these at their site in Ridderkerk too. A few years later, they also started growing baby leaf lettuce. 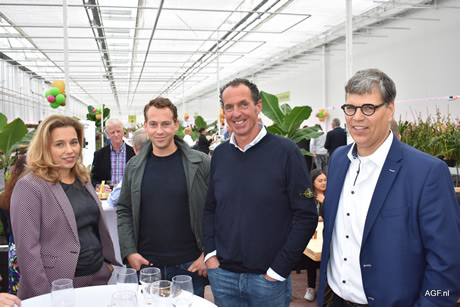 In the summer season, 80% of their herbs are grown in the Netherlands. These include more than 40 unusual herb varieties - ranging from pineapple sage to apple mint, and lemon verbena to blood sorrel. Piet has built up a network of growers in various countries. These include farmers in Belgium, Spain, Germany, Italy, Hungary, and Kenya. He has done this to be able to supply clients with a complete range of herbs year-round.

"We can now offer a complete, daily assortment of exclusive products. Thanks, in part, to the continued availability of these products, a feast can be prepared in the kitchen every day," says Piet, proudly.

Click here to see the photo report of the members of the fruit and vegetable sector who were present.