Second Autonomous Greenhouses Challenge promises to be even more challenging

Last year the Autonomous Greenhouses Challenge of Wageningen University & Research already demonstrated that it is possible to grow cucumbers 'remotely'. This year the challenge is being organized again - the level of difficulty is now going up a bit, and that is mainly because of the crop: cherry tomatoes. Silke Hemming, head of the Greenhouse Technology research team at WUR, explains what the five teams that came out as winners of the hackathon, can expect.

After the 'pre-challenge', five of the original 21 teams remained. Those teams will start growing cherry tomatoes in the greenhouses of the WUR in Bleiswijk from mid-December. Subsequently, they have until the end of May to optimize the net profit. They do this completely remotely, with the algorithms that they have developed. In the first week, they are allowed to go into the greenhouse one more time to hang up all kinds of sensors, cameras and other measuring equipment. After that, the door will be locked for the candidates and they have to manage everything from behind the computer. "After that, they only see the results of their own greenhouse in all the hints that we bring out through the media," says Silke laughing.

The WUR itself also makes a number of standard sensors available for measuring temperature, moisture and light. New this year is that substrate sensors will also be available by default. 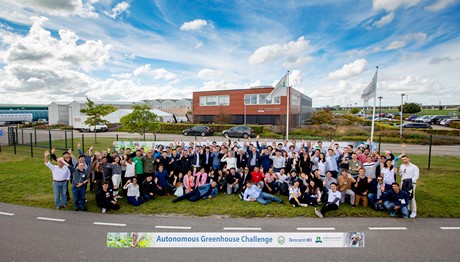 Group photo of the participants in the challenge

Practice run
After the hackathon, the participants are allowed to take a break, but they will soon be back in action. "The simulator, which we also used in the hackathon, will then be adapted to the real greenhouse environment and made available again," says Silke. The less realistic 'game elements' will then be removed, so that the teams can already try to get a grip on the cultivation in a virtual environment. "This way they can generate artificial training data to adjust their algorithms." 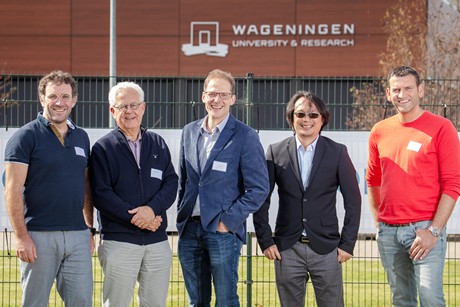 Cherry tomatoes
Silke expects the challenge to be more difficult this year. For example, the challenge this year does not last four, but six months. But more importantly, the crop this year is the cherry tomato. "It also has something like taste," says Silke. This means attention will also be paid to the quality of the tomatoes. That is why the candidates have more control options for this. Just like last year, they can also adjust the nutrient composition and the EC, but new is that more thought needs to be given to crop-specific aspects: For example, how are you going to prune cherry vine tomatoes? And under which LED spectrum will you cultivate them?

And why the cherry tomato? That is actually quite simple: the people behind the challenge wanted a different crop than the cucumber, but it had to be possible to grow in six months. That is why peppers and larger tomatoes were out. Silke: "From cherry tomatoes you can see more in six months, which is why we opted for them. They also have just a bit more flavor than, for example, a large tomato that produces a lot of kilos." This way quality becomes an extra dimension for the challenge. 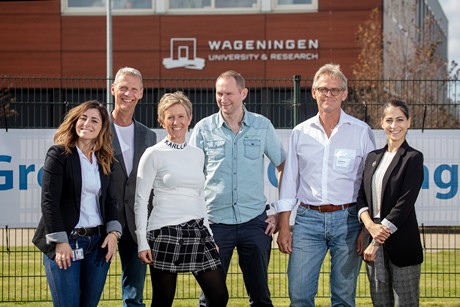 The WUR team that organizes the challenge, with Silke Hemming third from the left

More buttons
Another new item this year is the LED lighting in the greenhouse. Both LED and SON-T lamps will hang above the tomatoes. "The LED part they can also dim, turn off, or control separately, and they can change the spectrum," Silke says. "So that will be fun. I am curious what they will do. They have more buttons to press." 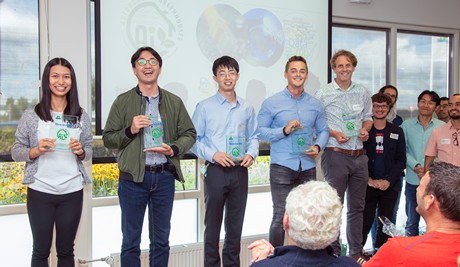 The team captains of the five teams that survived the hackathon (AiCU, DIGILOG, IUA.CAAS, The Automators, Automatoes)

‘Robots’
Just like last year, there are people walking around in the greenhouse who pass on observations to the participating teams: when the plants are in bloom, when the fruit setting takes place, the length of internodes, and so on. Because this actually does not provide sufficient data to make cultivation decisions, Silke expects the teams themselves to do a bit more to observe the crops, for example by hanging cameras.

These growers also carry out crop operations - for example, tying up, leaf picking and harvesting. The teams do have to instruct those people, through a special app, about what they have to do. In that sense, the people in the greenhouse are the 'robots' who carry out the teams' assignments, so to speak. Even if they see that something is going not quite right with the crop, the 'greenhouse people' must restrain themselves - intervention may only come from the teams themselves. 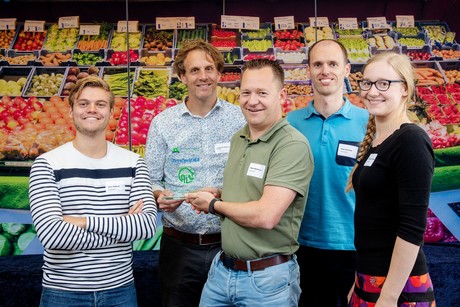 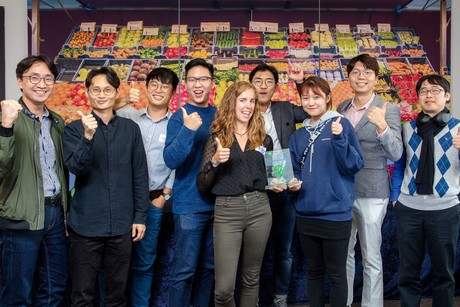 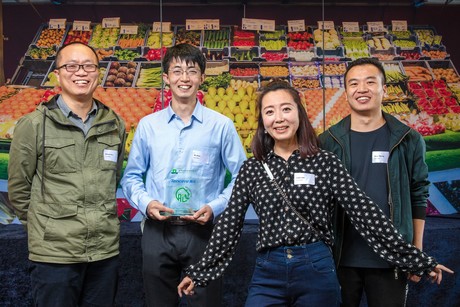 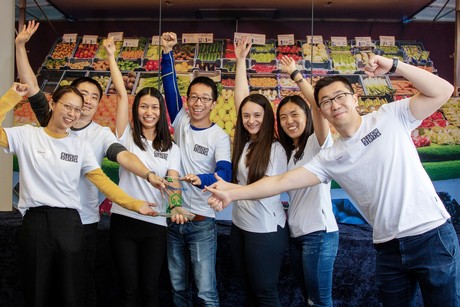 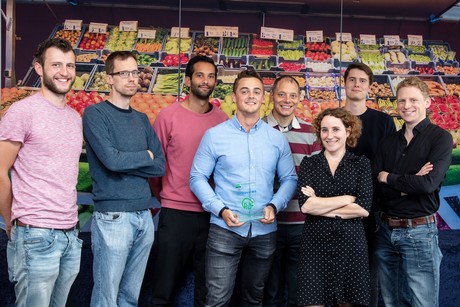 Practical knowledge
In addition to developments in the field of software, and to a lesser extent hardware (the time is actually just too short to develop new sensors), the challenge also provides information about cultivation. "That should not be underestimated," says Silke. "We again have a reference group. Last year, in the beginning, it lagged behind enormously. That was because they were very careful with the use of artificial light." However, the reference growers learned very quickly from the participating teams and came a lot closer to the first place during the challenge. In that way, growers in the 'real world' also can take advantage of the knowledge that will come out of the challenge - even those growers who are not big on AI.

The control group with reference growers will this year again consist of Dutch growers. "In fact, we actually try to get growers from the region. Growers are not going to travel through the country for three hours just to have a look in the greenhouse for an hour. It is more important that they are there more often than that they are there for a long time." And the reference growers have a front-row seat: they get the aforementioned cultivation information firsthand.

And the growers? They don't need to fear for their jobs just yet. During the challenge, steps are being taken in the field of AI, but, as Silke says, "it will take a long time before we are there. There is a difference between perspective and a commercial product. But steps are definitely being taken, and that is important."