Results of FDA sampling of fresh herbs and processed avocado

Fresh cilantro, parsley and basil are typically eaten without having undergone a ‘kill step,’ such as cooking, to reduce or eliminate bacteria. These herbs are grown low to the ground and therefore are susceptible to contamination (e.g., from irrigation water splashing off the soil). As of July 1, 2019, the FDA has tested 958 fresh herb samples (521 domestic, 437 import), and 685 processed avocado or guacamole samples (584 domestic, 101 import). Testing for all pathogens is still underway and no conclusions can be drawn at this time. 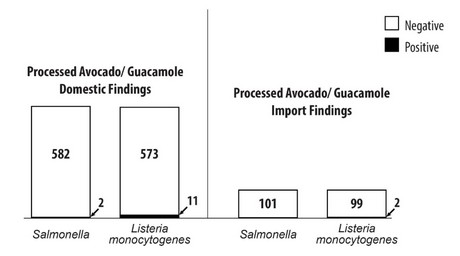 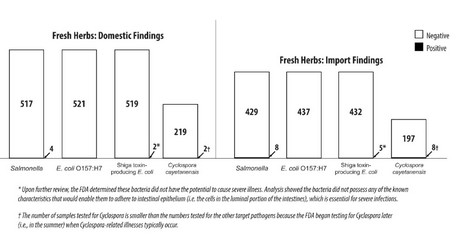