Making the invisible climate in the greenhouse visible

Climate models are widely used in research for calculating the climate in the greenhouse. Those models are usually governed by assumptions such as climate homogeneity. They do not take into account, for example, that air flows or objects in the greenhouse may result in different microclimate over the vertical or horizontal profile of the greenhouse. The Greenhouse Horticulture Business Unit of Wageningen University & Research investigates whether so-called CFD software can provide a better picture of what is invisible: the greenhouse climate profile.

A homogeneous climate results in homogeneous crop, energy saving and less occurrence of diseases. But the climate in a greenhouse is rarely homogeneous. For example, there may be hotspots or coldspots, and places with a higher or lower humidity. Those places cannot be seen with the current models. But growers who want to get the most out of their crops really want to know that information. They also want to know how climate control actions - such as heating, ventilation or use of artificial lighting - may interact with the crop and affect the local climate variations within the greenhouse. 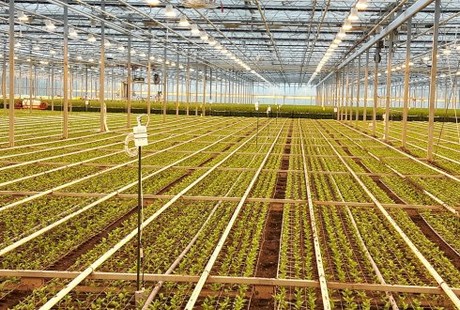 For this, the greenhouse in question must first be 'recreated' in 3D, including the crop and possible other objects: they also have an impact on the climate and air flows. The software is then also provided with circumstances outside the greenhouse. What is the wind speed and direction, for example? 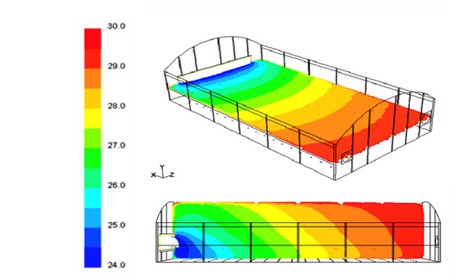 This allows CFD software to give a complete picture of the indoor climate and to calculate and present scenarios for cultivation measures. That makes the invisible - the greenhouse climate - visible. The grower can ultimately zoom in to the square meter.