"Almeria has harvested earlier this year, but it could finish sooner too"

End of satisfactory pepper campaign in Spanish region of Murcia

The pepper season is coming to an end in Murcia, while the harvested volumes in Almeria are increasing. Although the prices paid for bell peppers from Murcia fell in August, auction prices have been very high this season, with averages of more than € 2 per kilo. 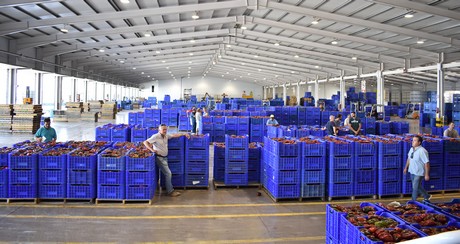 "Prices have dropped towards the end of the season, but overall we are very satisfied with the campaign," says Ángel García Izquierdo, director of the Murcia-based company Soltir.

"In August, bell peppers have been harvested for the processing sector at an average price of € 0.30 to € 0.40 per kilo, which is not bad. This year, Almeria started the season earlier, with a greater volume, since they had also planted earlier. It is normal for the market to prefer the new season's bell peppers to ours, for which the campaign is already ending. Besides, this is also a positive development for us, as it means that Almeria may also end earlier next spring, when Murcia's harvest will be starting," says Ángel García.