Increase in visitors for day two of Asia Fruit Logistica

The Hong Kong government has announced that there will be no extradition law, and this has ensured that the visitors at Asia Fruit Logistica continue to feel safe as the second day of the exhibition arrived.

There was an increase in visitors today, but overall people said there were approximately 30% less visitors compared to last year. According to the exhibitors in general, the total number of visitors for the first two days can be defined as satisfactory.

Some Dutch companies reported that the dull start has made way for large amounts of traffic for them. U.K. exporters are hoping to export fruit to Asian markets, and the Hong Kong exhibition is the perfect platform to realize this hope. 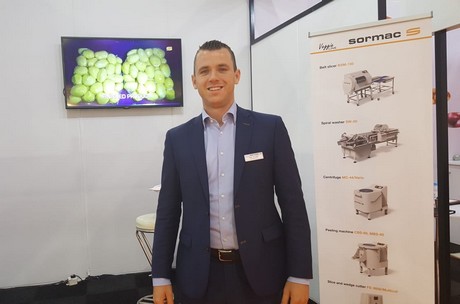 A lot of Italian exhibitors have noticed that there are many buyers from India. They are especially interested in apples and kiwis. Italian apple exporters already sold high volumes of product in India last year. This year’s exhibition the exporters will focus on strengthening these relationships.

Some Chinese companies have meetings scheduled for the second day of the exhibition, but overall they have noticed that it is less busy. A few Chinese and Vietnam companies commented that although there are less visitors this year, their most important customers still came. They do also remark that it is a pity that they cannot meet many new potential customers. 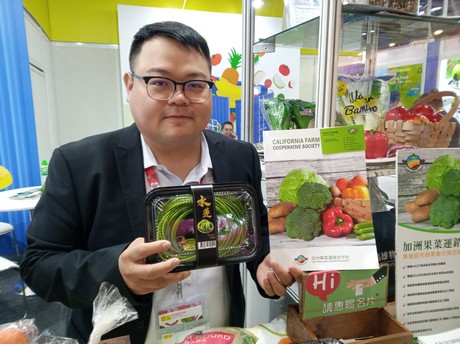 The Egyptians, for the most part, have a full schedule and their stand is never empty. However, for a few of them, it has been a disappointing fair since some of their clients who were supposed to visit did not show up.

South Africa has greatly increased apple exports to China this season but have not done less well with pear exports to Europe.

The Australian cherry trees are starting to flower and the exporters are hoping for a good season this year. The international company BGP announced an agreement to merge with the Australian owned fresh produce company Fresh Solutions Group. 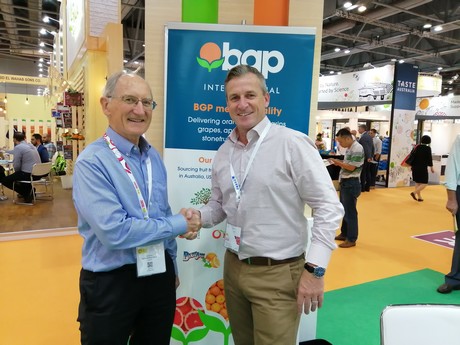 Many Korean companies have brought Korean pears and grapes to their stands at the exhibition, and they are looking to find buyers from Asia. Filipino stands are often found featuring pineapples and bananas.

The amount of Taiwanese companies grew this year compared with last year. Some had their own booth and there was one booth from the Gaoxiong City government where several companies were gathered together. As a way to attract more people to their booth, they had some free samples for visitors to taste their fresh or processed fruits. Bruce Huang from the California Farm Cooperative Society presented some of his special Taiwanese vegetables at his booth.

The Malaysian companies have been able to export their frozen durian to China beginning May 30th of this year. Many Malaysian stands are therefore featuring frozen durian in order to increase their exports and take advantage of this newly available market.

Some exhibitors have had many contacts, others are a bit more disappointed. The quality of the meetings is very good though since the visitors that decided to attend are more serious about doing business while they are there.