Walking the energy tightrope between business and sustainability

Sustainability is a hot topic in the industry. Many growers are looking for ways to increase sustainability in their cultivation, but they also have their bottom line to consider. In addition, there are obstacles to achieving more sustainable energy use in an operation. Jan VanderHout with Beverly Greenhouses knows all about walking that 'energy tightrope'. He shares his experiences in that respect, both from his perspective as a grower, and as a board member of several industry organizations.

Jan shares that sustainability is important for Beverly Greenhouses: "We try to make prudent decisions to benefit both the environment and our bottom line." So it's all about achieving balance. "We can't put in cogen just because it helps the environment, it also has to be good for our bottom line. We're a business. Farming is business."

What are the challenges to keeping that balance? "One of the challenges is government red tape. For example, to connect to the grid with a cogen, there are way too many hurdles for the utilities to be able to do that." 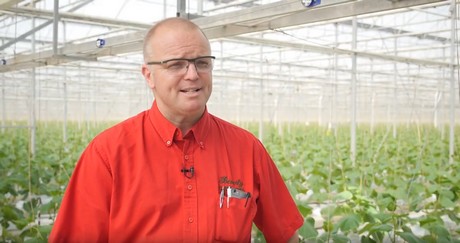 Cogen opportunities
Speaking of cogen, Jan mentions it's a personal favorite of his. "In my mind, cogen is the perfect opportunity both for commercial greenhouses as well as society in general, because there is no waste heat. We can capture most of the waste heat, so that's a perfect fit from a sustainability standpoint.

"But the program to make it work has to be in place. At the moment, it's kind of working - we just started up with cogen here, which is behind the meter. We only generate our own electricity, and without lighting, that's not a whole lot."

There's room for more opportunities in this respect though, Jan says. He hears this from a lot of growers in Ontario. "They agree that it's an opportunity they would like to have." So that's something to talk to provincial politicians with, and Jan has plenty of opportunity doing that, being Chair of The Ontario Greenhouse Alliance and a director at Ontario Greenhouse Vegetable Growers.

The power of the sun
At Beverly Greenhouses, they're also harnessing the power of the sun. There's enough sunlight in Ontario to pay for the solar panels they have - the energy generated by them is all sold to the utility.

"Our oldest contract is actually for 80.4 cents per kWh," Jan says, "which is a very high price, considering that the average is something like 3 cents. Interestingly, the payback on systems that were installed three years after that, the price per kWh, was only 53 or 54 cents, but the payback was actually better, because the system cost had come down significantly."

Jan explains that at Beverly Greenhouses, they're always looking at new opportunities, so that includes supplemental lighting. "Lighting is certainly something we're keeping an eye on, but it's not something we are convinced will be a great payback." Jan explains the reason for this hesitation: "You can estimate the cost of the installation. In our case, that would require significant infrastructure upgrades getting the power to the farm. You can anticipate those costs, but it's very difficult to anticipate what the price of the product will be once you grow more of it in wintertime.

"For example, if we could be assured we'd get 20 dollars a dozen for our cucumbers, I could go for that, but I don't believe that's the case. And the lower the price of cucumbers go, the less point there is in growing more with that expensive an input into it."

If more growers in the area will install lighting, Jan says they may have to look at doing that again; however, it's not likely that everyone will jump on board that lighting train. "If we all do it, there will be too many cucumbers to get a premium price." 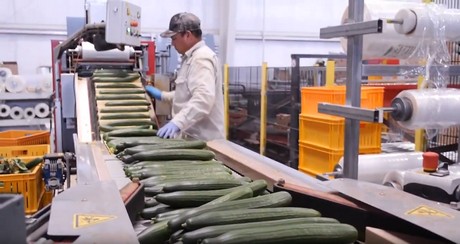 The nuclear option
Jan already mentioned that the average price for electricity (not delivered) from the grid is currently around 3 cents per kWh. It's a matter of supply and demand - a lot of nuclear power is generated in Ontario now. "Of course, you don't turn that on in the morning - it just runs and runs and runs. 24 hours a day."

Given the upcoming maintenance, for instance on the Bruce nuclear plant (which happens to be the biggest nuclear plant in the world) there's an opportunity for other sources of energy, but "the Ontario Government needs to think about that", Jan says. "When those reactors are shut down, how will the shortage of electricity be filled? Are we going to generate that here, in an environmentally friendly way, or are we going to buy it from a neighboring jurisdiction, like Quebec, Michigan, or New York State?"

Jan is realistic though - it's not possible to replace nuclear energy permanently with the current electricity demands. "If you're going to use electricity, it has to come from somewhere. Some of it you can get from the wind, and some of it from solar, but that does not supply all of our needs, and it will be a long time before it does."

Digging down and 'cycling up'
Around the world, geothermal energy is making waves, also in the greenhouse industry. "I think geothermal is an excellent opportunity", Jan thinks - however, there's a catch: location. In Southern Ontario, geothermal energy isn't used in the industry, and Jan suspects there's a geological reason behind that. "You need to have the heat at the right depth, and the right soil conditions so you can drill it and tap that heat. I don't think that's the case in Southern Ontario."

But the area has its own advantages. "Our farm is very close to the city of Toronto, so there's an abundant supply of wood byproduct", Jan explains. So biomass is a great option for Beverly Greenhouses, one that they've been using for 35 years now, burning wood, mostly chipped, which comes from places like pallet factories, furniture factories, construction and demolition. "It's both economically and environmentally beneficial." 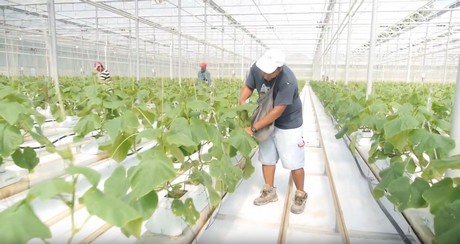 Politics
As we've seen, there's a wealth of sustainable energy sources available to growers, and they have plenty of advantages. The question is how to make other people see those advantages - industry organizations play a huge role in this, especially when those 'other people' are politicians.

"Interestingly, we have four main parties in Canada and in Ontario. One of them, the smallest one, is the Green Party. As the name implies, it's the most environmentally-conscious", Jan tells us. "Interestingly, the Green Party of Ontario, and its leader, Mike Schreiner, support cogen. Even people in government who aren't environmentally savvy, see the value. It's just getting that through the system, that's the challenge."

With a focus on solar and wind energy in the past decade or so, cogeneration has been a bit in the shadows, a position that's undeserved. "It's interesting because in reality, the dispatchability of the cogen dovetails perfectly with solar and wind, because we can select when we want to run it, and especially because we can store the heat."

The biggest challenge for Ontario in the coming years though, will be access to the capacity, Jan says. "Access to the volume of natural gas, and access to the electricity - especially as more farms are looking towards doing lighting, that requires more infrastructure, to supply that electricity."

The biggest question here is who should pay the bill for that infrastructure expansion. "Right now, I can get more gas, so the line on the road needs to be expanded - they're talking 1.5 to 2.1 million dollars, and they want me to pay for that entirely. That's not how the gas system was built in the last 50 years, but that's how they want to move forward. This makes things very difficult. If Beverly Greenhouses had to put in 2 million dollars into gas lines on the road, I get to write that off. It's a pretty hard sell to go to the bank with that - it's basically a 2 million dollar donation."

This is also something that Jan does a lot of lobbying for. "It's a long game, but the election cycle is not that long. That's politics. Basically, they put out the fires, and if they see a real hotspot they may go after that too, but a long-term opportunity is a hard thing to invest in."

Beverly Greenhouses was recently featured in a commercial from the AgEnergy Co-operative. Check out the video here.