US: Cherry and grape tomato market to stabilize soon

Growers of cherry and grape tomatoes are enjoying a busy period right now as multiple regions are in production. Weather conditions have disrupted production in many regions, however, including extreme heat in some areas and excessive rain in others. This has created some instability in supplies and the market has subsequently seen its ups and downs.

"We have different growing locations to ensure year-round supply of our cherry and grape tomato varieties," said Daniel Mosquera of MamaMia Produce. "For 50 weeks of the year, we have greenhouse production in the Dominican Republic. During the summer, this expands to Leamington where we work with growers both in greenhouse and in the field, and North Carolina, which is all field. Recently, the market has been unstable with increases of $4 - $5 along with decreases by the same amount week to week." 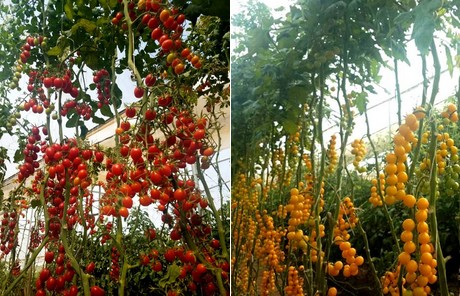 Demand strengthening for snacking tomatoes
According to MamaMia Produce, the demand for snacking tomatoes is increasing. Consumers are utilizing them more for salads and other dishes. Demand peaks in the summer months and growers say one of the reasons is that there is an increased amount of locally-grown tomatoes at this time of year. Mosquera also described some of the varieties the company produces.

"We grow a beautiful cherry tomato on the vine (cocktail tomatoes) which is available year-round," he said. "The fruit looks amazing, every time I see it, it makes me think of sending a little piece of the greenhouse to people’s homes. Beautiful green stems attached to red flavorful tomatoes." 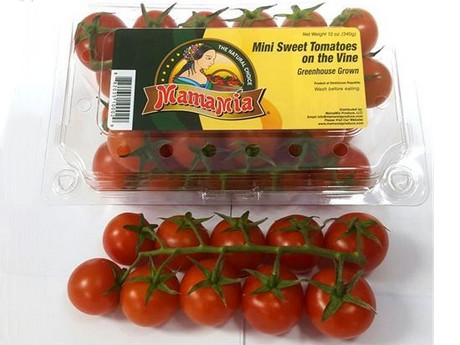 "During the summer, we see a large number of local product which generally has excellent flavor and great shelf life," he continued. "We also see more colored varieties. For example, MamaMia Produce grows yellow grape and cherry tomatoes as well as a little bit of orange. This year we have also added Zebra tomatoes which are brown in color and are grown year-round. These are similar to a Kumato, but smaller. As a result, we are seeing good demand from our retailers and foodservice customers."

Multi-colored medleys
With the increase of colored snacking tomatoes, the opportunity to supply mixed packs has also risen. Although not all of the colored varieties grow year-round, companies like MamaMia Produce grow enough different varieties in that they can mix and match tomatoes, and are thus able to supply mixed tomato products at any time. 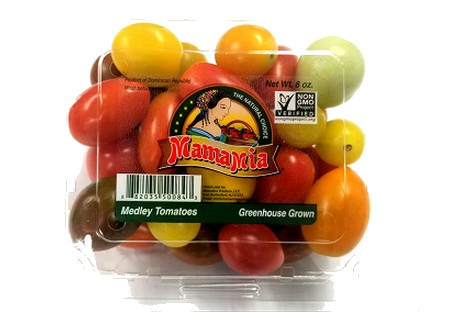 "There are some fantastic mixed medley tomato packs available now, offering a variety of different grape and cherry tomato combinations," Mosquera shared. "We sell mostly retail packs of 8oz clamshells, pints and 1lb gourmet clamshells. This year is the first year we are growing cherry tomatoes with different colors on each tomato - such as a brown cherry tomato with orange spots."

Concluding, Mosquera said the company has been working on these for 15 years, with the aim of perfecting the flavor and shelf life. "We are always excited to try new varieties," he said. "There are some great varieties out there now, with superior flavor and excellent shelf life of three to four weeks. For MamaMia Produce, this has been 15 years in the making."