"A year to remember" for California exotic vegetable growers

Growers of exotic vegetables such as bitter melon in California have been enjoying an excellent season in terms of production and market conditions. The season spans around the summer months from around June to October for the majority of commodities, and this year the weather conditions have been very good.

"It's been a better than average season," shared Michael Sarabian of Sarabian Farms in Sanger, near Fresno, California. "Typically, late spring and fall provide the best conditions as they lack the intense heat of the peak summer period, but this year it hasn't been quite so hot. We certainly had our share of hot weather, but it wasn't like last year for example, where we sustained long periods of intensely hot weather." 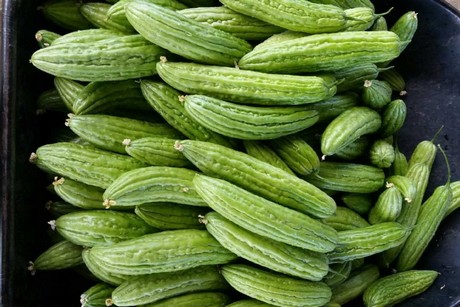 Market also favorable
As a result of the more moderate summer, production on all commodities was stronger and quality maintained a high level, growers said. While the strong production was a positive spark in the season, the market too was strong, with good demand driving higher prices. According to Sarabian, this has made the 2019 exotic vegetable season into a memorable one.

"Market prices have been better than average," he said. "It's been a year to remember in a positive way. The majority of what we grow can be found in the ethnic markets. Some of these items include bitter melon, lemongrass, Daikon radish, as well as Chinese and Indian eggplant, among others. Our season will finish when there is either a frost, or if Mexican product starts to enter the market. Their prices are typically below our cost, so we cannot compete with them when they are in season."

Sarabian Farms ships most of their produce to retailers and wholesalers in 30lb container boxes. 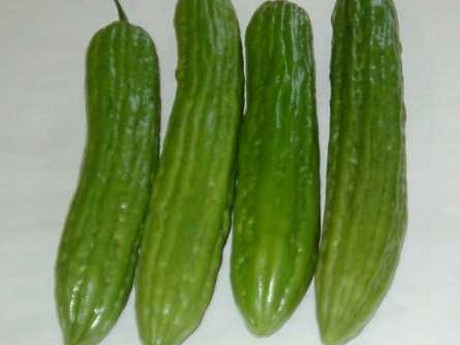 Sunchokes gaining traction
It appears many of the exotic vegetables including bitter melon are enjoying a strong and steady market. There is another one though, that is starting to gain some interest at both the retail level as well as foodservice. These are Sunchokes, or Jerusalem artichokes which suppliers say are seeing a rise in popularity.

"Sunchokes appear to be gaining traction," Sarabian observed. "We have carried them for quite some time, but in the last couple of years we have seen increasing demand. They are costly to grow, but consumers are becoming aware of their different uses as well as the health benefits. The starch breaks down more slowly, so Sunchokes are more suitable for diabetics and others that need to monitor their sugar intake. We are also starting to see them being picked up more by restaurants, with different methods of cooking including frying, baking and sautéing. They're also great pickled!"