End of an era for Dublin fruit and veg market, sporadic supply and Brexit

Dublin’s fruit and vegetable market is set to close later this month for complete refurbishment and restoration, it will re-open to serve a new generation with retail food producers, artisan bakers, butchers, cheesemakers and more.

“There are only a few fruit and vegetable traders left in the market now,” says Justin Leonard from Jackie Leonard & Sons, who trades from a warehouse next to the market site. “Most of the traders have moved to the warehouses nearby and buyers looking for wholesale produce will know to come straight to the warehouses so it will be good for business. Any produce sold in recent years from the market has been delivered to the customers, in the old days it was a thriving wholesale market but not anymore.” 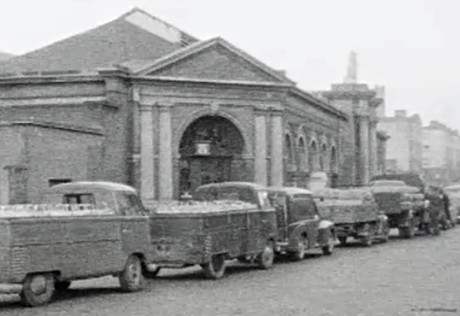 The market is right in the middle of Dublin’s tourist route with neighbours such as the famous Jameson’s Whiskey distillery, one the most popular tourist sites, so the market will become a stop along the route on the tourist trail.

Justin said the fruit and vegetable trade in Dublin is slow at the moment due to the summer holidays. “There has been a lot of price volatility and sporadic supply, much the same as in Europe and the UK. This has been caused by the extremes of the summer weather.”

“Three weeks ago, onion prices were sky high, now they have crashed, and glasshouse veg is expensive but that will come down as the season progresses. We have also seen the shortages of brassicas.”

Justin’s biggest concern at the moment is looming threat of a no deal Brexit which is looking more and more likely. Most of the fresh produce into Ireland comes in through the ‘land bridge’ – from the EU in trucks through England and then via ferry to Ireland. At the moment there are no checks on vehicles or passengers and goods flow freely between the countries.

“A no-deal Brexit is detrimental to everyone. If every truck has to get checked at the EU-UK border, then again when entering Ireland, it will cause huge delays. There is the possibility to ship directly from France, Holland or Spain into Cork or Dublin but that will add 24 hours on to the shipping time. In this business 24 hours can mean the difference between profit or loss. If I buy a product at a certain price, the market may have dropped before it even arrives, not to mention the quality of perishable products after a longer journey.”