One of the UK's biggest tomato growers is preparing for a multi-million pound expansion of its East Yorkshire facility. Mill Nurseries, in Keyingham, now supplies over 100 million tomatoes every year to UK supermarkets including Morrisons, Lidl, the Co-op and Waitrose. Since their demand is growing, so is the company. Another eight acres of glasshouses will be added to its current 24-acre site. The project is commencing this month, with completion planned for this November. 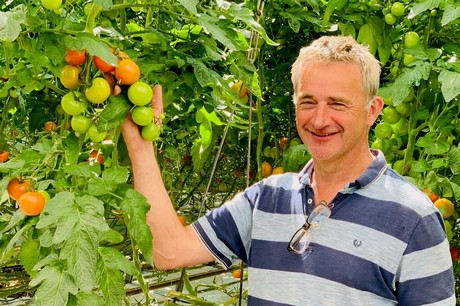 Hermanus de Lang, whose dad Gerrit started the family business, said: “Dad was a first-generation grower but spotted an opportunity to do in the UK what had been done in Holland for many years. He arrived in the UK with nothing in his pockets, no possessions or even a suitcase and not even able to speak the language. He started to build the business through sheer grit and determination, and just not being prepared to take ‘no’ for an answer. We’re extremely proud of what he achieved.”

The successful family business, established in 1962, is already East Yorkshire’s biggest grower. Gerrit set up Mill Nurseries on a smaller plot across the road from where it is now, after migrating to the UK from Holland in the 1950s. He started off growing lettuces, chrysanthemums and tomatoes in the soil.

Mill Nurseries now employs over 100 people, and is run by Hermanus and his two brothers and sister.

The latest build project, which will add eight more acres of glasshouses to its current 24-acre site, has been fuelled by increased Cooperative orders and is commencing this month, with completion planned for this November.

“Ironically, given that’s where our dad hailed from, we keep a close eye on what’s coming out of Holland, which is seen very much as the centre of horticulture around the world,” Gerrit says. “That’s where a lot of the latest innovations in growing stem from, including environmental control sensors to maximise the potential of every plant.”

Energy savings
Mill Nurseries says it is also focused on becoming as sustainable as possible. “The glasshouse industry uses a lot of energy, especially for growing plants like tomatoes, which have their origins in tropical climates like South America and need lots of heat. We need to keep our greenhouses at a steady 19 or 20-degree temperature and this was what led to us investing £3.5m in state-of-the-art new CHP units to replace our old, less efficient ones, three years ago."

Flue gases generated, which would otherwise enter the atmosphere and add to CO2 emissions, are diverted back into the greenhouses to again help plants grow.