Without light, plants can't grow. The continued advance of controlled environment agriculture means that sunlight is often supplemented and in some cases completely replaced by artificial lighting. It works well, but there's one caveat: artificial lighting can take a lot of energy. Reason enough for the New York State Energy Research and Development Authority (NYSERDA) to kickstart the Greenhouse Lighting and Systems Engineering (GLASE) consortium with $5 million in funding. That was in June 2017. What's happened since then? Erico Mattos, the consortium's Executive Director, tells us more.

The goal of the consortium, an initiative between NYSERDA, Cornell University and Rensselaer Polytechnic Institute, with Rutgers University participating as a collaborator, is to reduce carbon emissions, Erico explains. "NYSERDA saw the growth of the CEA industry, indoor farms and greenhouses, and with technologies evolving really fast, especially on greenhouse systems like lighting controls and LEDs, they realized that there's a lot of room for technology development that can help reduce the energy consumption of lighting and integrated systems in greenhouses. So NYSERDA sponsored this program with the objective to reduce the carbon emissions coming from greenhouses' electricity use by 70% from the levels of 2017." 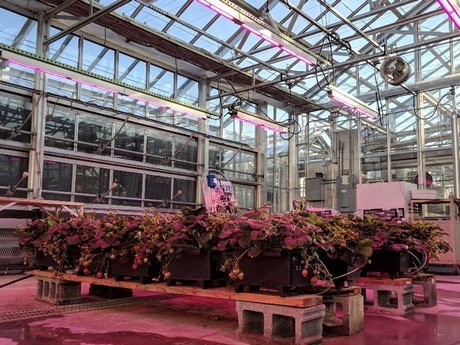 Focus on food, but everyone benefits
The consortium focuses their research on food crops - they work with the following crop models:

"Those are the crops we use to do research. But the outcomes of this research," Erico points out, "can be applied to any of the industries. And our outreach activities, which are not sponsored by the NYSERDA funds but paid for by membership fees, are open to the entire CEA industry. They're pretty much crop agnostic." That means cannabis or ornamental growers, for instance, can also benefit from the consortium's efforts.

And while the consortium was started in New York, that doesn't mean it's geographically limited. "We started in New York because all the founding members are here, but at this time we have members all across the US, we have 22 industry members today, including an international body of farms, in the Middle East. For now, we're establishing a base in the US, the next step is going international." 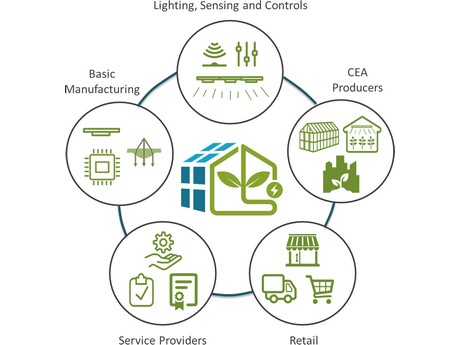 Sharing knowledge and technology
The consortium focuses on the following types of industry members:

So what do those members actually get out of it? "Growers get all this knowledge that we are generating. With the GLASE consortium, we have more than 300 technical milestones, from the development of new LEDs to implemented systems in greenhouses."

For growers, GLASE offers knowledge and technology transfer. "The knowledge transfer happens through our outreach activities, like webinars, industry talks, industry advisory board meetings where growers come together with manufacturers and we discuss all the research that we're doing." In addition, grower members have access to the GLASE researchers at Cornell, RPI and Rutgers University.

When it comes to the technology transfer, members of the consortium have first-hand access to technology that's developed by those researchers. "If there's any IP, for example, it's disclosed to members first - they have the right of first refusal.” 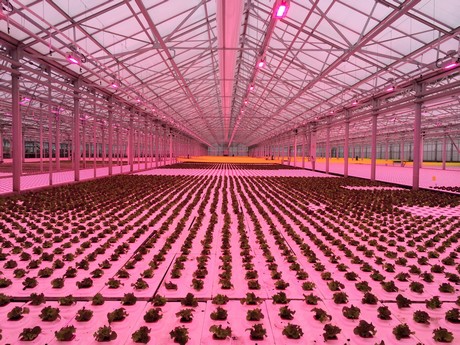 Practical results
According to Erico, these are exciting times for the consortium. After the start-up phase, now the time has come to start harvesting. For instance, the consortium has developed their own LED module for lighting research. They use these to research how growers can best use lighting in their cultivation. But there's also something in it for the manufacturers: "Everything we do in these research fixtures, they can take that information and use this to guide product development.”

This research is conducted in the context of the milestones set by NYSERDA, but the GLASE researchers do get feedback from industry members during quarterly meetings (two of them by phone, two of them in-person meetings) on how this knowledge can be applied practically. "For example," Erico says, "they can make recommendations on what to research next, or on how to better implement the technology we're developing into commercial facilities." Using this feedback, the researchers tweak or adjust their research to end up with a practically implementable solution. “We are working to de-risk the technology development process by validating new technics in the lab and in commercial pilot greenhouses to provide the CEA community industry ready technologies.” 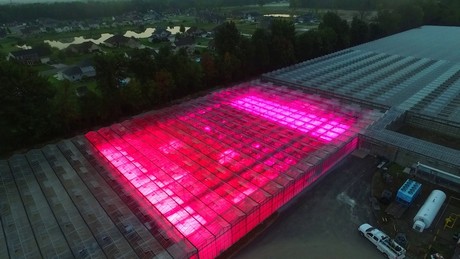 For the practical implementation, GLASE are working with two commercial lettuce greenhouses in New York State: SAF Produce in Berlin, and Wheatfield Gardens in Buffalo. Both greenhouses were retrofitted with LEDs. "It is our goal to implement all the technologies that were developed by GLASE in each of those greenhouses, establishing a baseline on the energy consumption and then compare the results before and after." This is an ongoing process, and GLASE will publish the results at a later stage.