"Growers are defenseless against the current bans on chemicals"

The use of natural microorganisms for the biological control of soil diseases is leading to radical changes in Spanish agriculture: a true revolution that is forever changing the way farming is done in vast areas in Spain. Microbiological products are residue-free and 100% natural solutions for the country's most essential crops, like garlic, onions, potatoes, cereals, carrots, grapes or olives. Their growers have been left without the majority of conventional chemical solutions as a result of the prohibition of numerous active materials.

The second green revolution
The novelty of this change is that these microbiological products demonstrate that biological pest control is not limited to greenhouses, but can also be implemented with total efficiency and profitability in extensive crops on the open ground. “Producers are being left defenseless as a result of the current vetoes on certain chemicals. Our international research teams were looking for a structural solution to crop problems in Spain that would adapt to different climatologies. Our efforts in research have paid off and we already have microbiological solutions that are giving rise to a second green revolution in Spanish agriculture,” says Javier Villegas, of Koppert.

“Koppert started a first green revolution with the use of beneficial insects in greenhouses. It was 10 years ago. Now, backed by research carried out in the Netherlands in partnership with research teams in different areas of Spain, 'good bugs', as beneficial microorganisms are commonly called, can represent a very beneficial radical change. That is why every day, more agricultural producers are convinced that biological control is the only possible way,” he says. 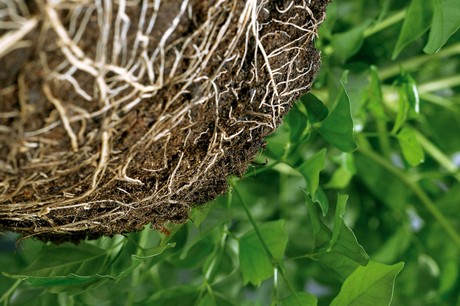 Cultivated soil: the long-term basis
This revolution entails producers entering a new era, since the effect of its application is not only visible in the short and medium term; it also brings benefits and advantages in the long term, as well as in outdoor soil (so far, the products have mostly been designed for greenhouses).

“Microorganisms are living beings; therefore, they grow and reproduce. Since they multiply, they have a long-term effect. Thus, the producer discovers the great advantage of generating life in the soil and recovering a vital biodiversity that had been lost due to depleted, diseased, impoverished soils, following the use of chemical products, monocultures, etc,” said Javier Villegas. 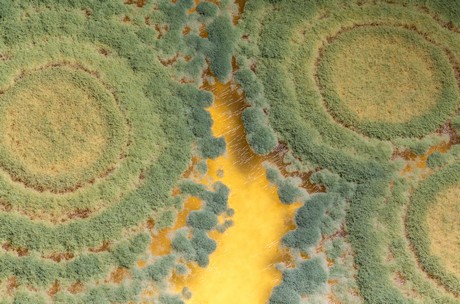 Trianum®, a beneficial fungus suitable for all kinds of soils

A protective shield: Trianum®
An example of these microorganisms is Trianum®, a beneficial fungus that protects roots and recovers soil biodiversity without leaving residues. Trianum® works as a protective shield against pathogens, while preventing fungal root diseases such as Fusarium, Sclerotinia, Rhizoctonia, Phytium and pathogenic nematodes.

The success of this fungus is based on the fact that it is a Koppert hybrid and exclusive strain from Trichoderma harzianum. Unlike other commercial strains, Trianum® remains active in the soil at temperatures of between 8 and 30 degrees Celsius. Its spores germinate within this wide range, and this beneficial fungus displays all its protective action against pathogens. This allows the results to be adapted to the weather and needs of Spanish agricultural producers. 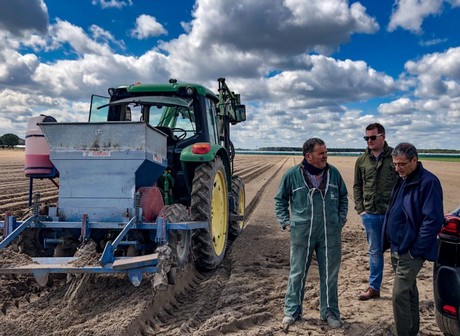 Boaz Oosthoek, director of Koppert Spain, and Roberto Alonso Zamarrón, distributor in Valladolid, monitoring the application of Trianum® in a leek field.

For both farms and nurseries; conventional and organic
The benefits of Trianum® are not only making a difference in farms. Koppert's experience has also confirmed the important benefits for nurseries of inoculating natural defenses before the crop is transplanted on the farm where it will grow to bear fruit.

Koppert started its marketing in fruit and vegetable greenhouses of Almería, Granada and Murcia three years ago. After the excellent results achieved, the use of this beneficial fungus is now expanding to open ground crops across Spain, including lettuce, onion, olives, leek, carrot, grapes and berries, among others. Trianum® can be used in both conventional and organic agriculture, which is a unique advantage.