"We are selling ourselves short"

In the German food industry, a trend can be seen: Large farms take over small-scale family farms in many places or displace them. "That was already the case with the bakeries and butchers, and now we are also seeing it in vegetable cultivation," says Jochen Haubner from Haubner Gemüsebau in Nuremberg. He cultivates hydroponic lettuces on 1.8 hectares. He finds this development worrying: "If the land is available, there is always a foreign investor from the EU or from outside - but unfortunately this brings only a few advantages for Germany, the value-added is abroad. We are selling ourselves short." 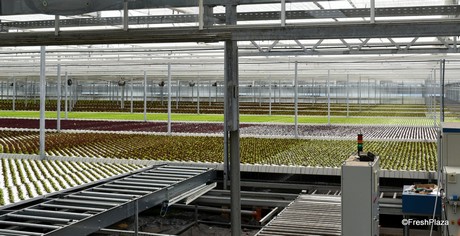 What does regionalism mean?
"Regionalism has secured our livelihoods in recent years, and of course it peaked the interest of foreign and domestic large companies and investors, which now results in an endangered existence of family-run medium-sized businesses," said Haubner.

"The question arises: who owns 'regionality'? Should the designation be reserved for the regional, eg in Bavaria acting enterprises, or should it be extended to large enterprises and investors who do business across national boundaries. I personally think we run the risk of losing the customer's trust, damaging the reputation of 'regionality' in the long term," the producer points out.

Discrepancy in the vegetable sector
As far as the cost of cultivation is concerned, the producer sees a negative expectation of trade: every single move, every new regulation, every quality assurance measure, etc., are steps that affect the price of the product. "For the trade, these are inconspicuous changes, but for us each of these steps costs a few cents per head of lettuce." These are the costs that we producers ultimately end up with."

At the same time, price negotiations are always about foreign competition: "For me, that is the worst thing: being held to foreign prices in one's own country." Even within Europe, there are completely different conditions for cultivation."

He emphasizes the importance of integrity in the German market: "We build here, we are schooled here, we pay taxes here - we also buy here, so we do not want to be compared with companies in other countries that produce on different terms." 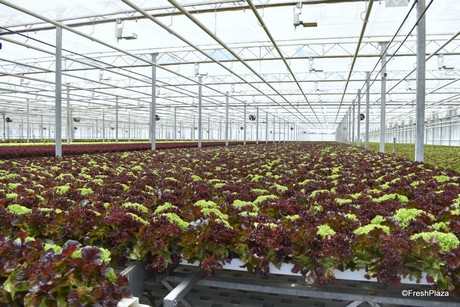 Experiences from the Nuremberg wholesale market
"The import goods on wholesale markets, for example, are often remainders that make up the truck, and I notice that foreign goods are expensive until there are any goods there, and then prices fall extremely then even for the first German product in the year poor prices and makes these partly unsalable, since the low prices of foreign goods is too attractive for the wholesale customers."

"There is something for everyone"
"Consumers in Germany are increasingly looking for large lettuce heads," says Florian Wolz of the marketing organization Franken-Gemüse Garlicland eG, to which Haubner also belongs. "If you still want a mix, our trios are the perfect compromise, because they're three different varieties growing together as a single head of a root block, and there's something for everyone," says Haubner. The SalaJoe Trios account for 80-90% of the salad production of Haubner Gemüsebau. 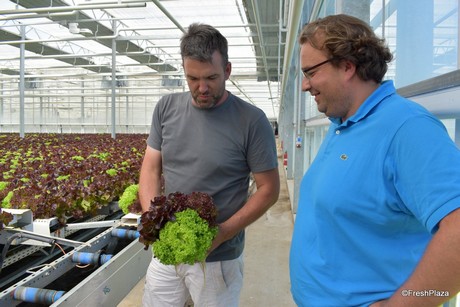 In the meantime, the grower also has hydroponic lettuce in his range: "At first I was skeptical, but the finished product is really very satisfying and can definitely compete with open field lettuces." He sees an exciting development as far as seed for hydroponic cultivation is concerned. "The cultivation technology and the location make a big difference - in the meantime, there are more and more farms that are switching to this type of cultivation and so the diversity of varieties is also being expanded." 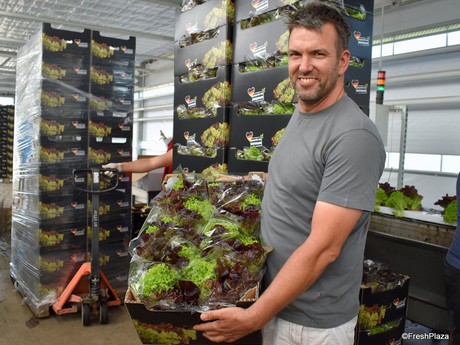